Things We Saw Today: What If J. Jonah Jameson Ran The Daily Planet? 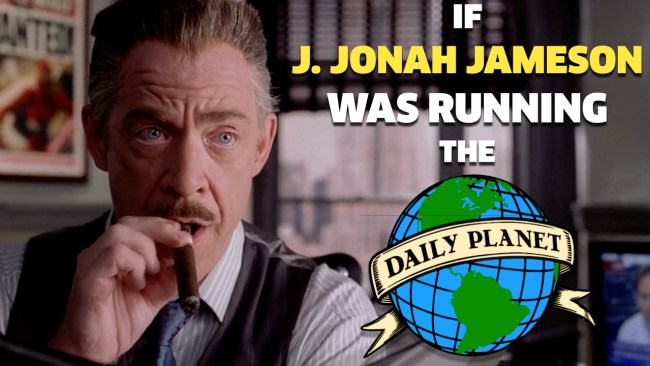 This hilarious fan video splices together Spider-Man footage of J.K. Simmons’ J. Jonah Jameson with Man of Steel and Batman V. Superman footage from Amy Adams’ Lois Lane and Henry Cavill’s Clark Kent. I got such a kick out of watching Simmons’ campy, cigar-chomping character come up against Adams’ and Cavill’s washed-out, self-serious ones. (via io9)