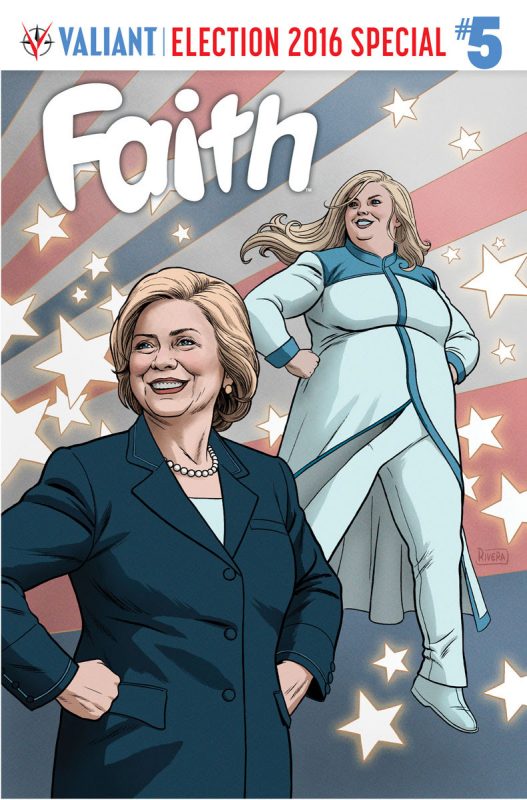 The fifth issue of Valiant Comics’ Faith series will come out on November 2nd, only a few days before voting day here in the United States. In a special election-themed issue, presidential hopeful Hillary Clinton will make an appearance, both on the cover (pictured above) and within the 48-page story itself. (image via Valiant)

That’s it for us. How about you all? See anything cool out there today?