Thermal Images Could Be Used to Distinguish Drunks | The Mary Sue

Red in the Face: Thermal Images Could Be Used to Distinguish Drunks 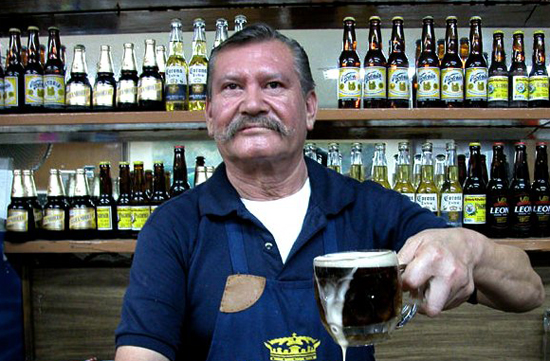 The team is working on developing two distinct algorithms that can objectively determine if someone has been drinking too much. Subjective analysis based on behavior is a scientifically inaccurate benchmark. Just because someone isn’t behaving in a manner that would suggest they are drunk doesn’t mean they actually aren’t. Some folks are better at handling their alcohol than others, and this is especially true for those with a higher tolerance.

Using thermal images, the first method involves measuring pixels on the face. These measurements are then compared to a database filled with sober and inebriated scans to determine whether the person that’s now being scanned has been drinking too much. This should provide a somewhat accurate measurement because alcohol causes dilation of blood vessels in the surface of the skin, meaning that hot spots can be seen in thermal images.

The second, and arguably more interesting, approach would compare temperatures from various regions of the face. The team found that the forehead of an inebriated person can actually show up rather cool, whilst the nose runs a bit hotter and therefore brighter in thermal images. This specific way of detecting those who have had a bit too much doesn’t require a database of sober scans; it would instead compare the values of a given image to a certain range of acceptable ones.

As the team also suggests that the two methods combined would provide a much more accurate measurement, it’s unlikely that we’ll see this crop up in local pubs at any point soon. Some places should probably focus on general hygiene before investing in thermal imaging software.