James Mangold’s The Wolverine, starring Hugh Jackman, is full steam ahead. We’ve been seeing leaked set shots for a while now and recently found out that it is absolutely not a prequel to the previous Wolverine or X-Men films. But today we’ve got the first official poster and it’s not in your average action film style. Check it out after the jump, plus we’ve got a few  plot details to share. 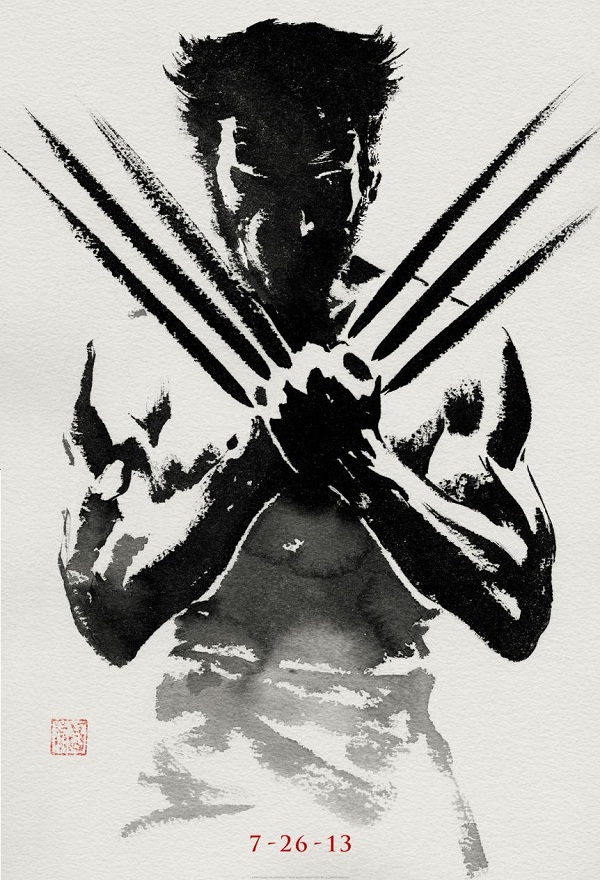 I don’t say it looks like something I’d find on tumblr as a negative, quite the opposite in fact. There’s always so much unique artwork on there that makes me wonder why Hollywood isn’t scooping up these artists left and right. It’s nice to see a change of pace here though and it obviously fits with the Japanese aspect of the film.

Meanwhile, Mangold and Jackman revealed this poster in a webchat they held to discuss the film. They announced that The Wolverine would indeed be the first X-Men film in 3D but didn’t say whether it was being filmed that way or post converted. Jackman also said we’d find out what Logan’s Kryptonite is.

Mangold said they were going for a more realistic approach with this one. “We’ve made a very concerted effort to make the film feel more real, to also pull back a little on some of the super duper abilities of Logan… It’s grounded, I wanted the action to feel physical and feel possible… Part of it is also bringing things down to earth that is no less exciting, no less visually exciting, but is a little less dependent only on giant CG.”

And here’s the plot synopsis:

Based on the celebrated comic book arc, The Wolverine finds Logan, the eternal warrior and outsider, in Japan. There, samurai steel will clash with adamantium claw as Logan confronts a mysterious figure from his past in an epic battle that will leave him forever changed.