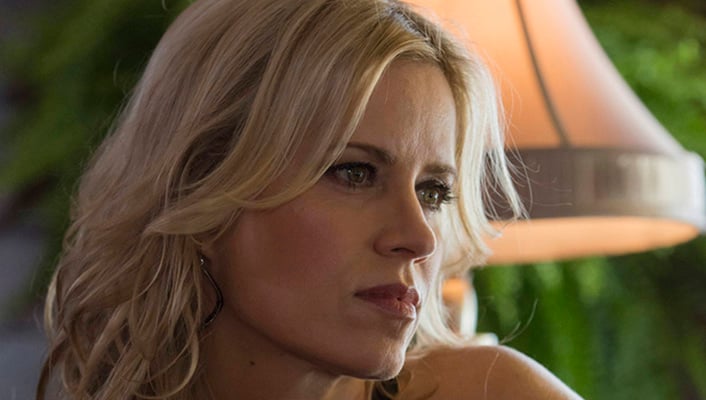 Everybody start brainstorming the best undead Gone Girl jokes you can make, because an actress from the film’s cast—and from Sons of Anarchy, Lost, and Friday Night Lights—will be joining the new AMC spin-off of The Walking Dead as one of its protagonists.

The Walking Dead creator Rob Kirkman and showrunner Dave Erickson confirmed to The Hollywood Reporter that Kim Dickens has been cast in the spin-off project, which is currently nicknamed “Cobalt.” Dickens will play a guidance counsellor named Nancy Thompson, and joins a cast already consisting of New Zealander Cliff Curtis, who will star as a divorced Los Angeles school teacher (and who’s also currently dating Nancy); Frank Dillane, AKA baby Flashback Tom Riddle from the Harry Potter movies, as Nancy’s drug-addicted son; and Australian actress Alycia Debnam Carey as her daughter.

The plot of this new show will handle the onset of the zombie apocalypse as it happens in LA, which will be interesting since the comics, the current show, and the Telltale video game series are all set in Georgia and have never really depicted that part of the franchise’s timeline (there was a prequel web series about the origins of the “bicycle girl” zombie, too, but it was also fairly insular). However, I can’t help but hope that despite Curtis being cast first and billed as the show’s “lead” by most media outlets, we’ll see a lot more of Dickens—or, even better, the show will work more as an ensemble from the get go, unlike the fairly Rick-centric first season of TWD.

Either way, we won’t know until the series premieres sometime in the summer of next year—but we’ll have the next half of this current TWD season to tide us over until then, at the very least. Here’s to hoping that someday soon AMC will just be an entire channel devoted to zombies and Breaking Bad reruns. Or, you know, that lightning strikes again and they make a bunch of other really good one hour dramas that last longer than a season and capture the public’s imagination. But mostly just the zombies.