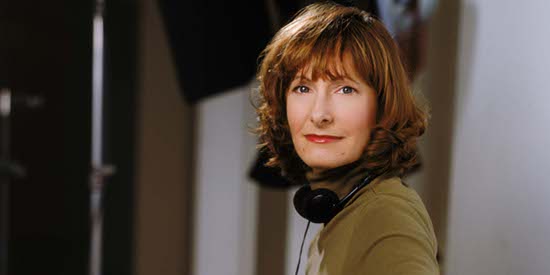 Gale Anne Hurd, producer of AMC‘s The Walking Dead, has signed on to produced a series based on Area 51: An Uncensored History of America’s Top Secret Military Base by Annie Jacobson. Rights to the novel were optioned by Hurd’s production company, Valhalla Entertainment, and the plan is to make it an hour-long drama series. Hmmm — after all these years without The X-Files, are we ready for another straight, dramatic alien conspiracy show? The answer is a resounding “YES PLEASE.”

This project is still in its earliest phases, but according to Deadline, the process of shopping this show around to networks will start “shortly.” Karl Gajdusek (Dead Like Me) is set to write the script and serve as showrunner, but no other names have been mentioned so far in connection with this. Jacobson, however, will be a consulting producer.

Jacobson’s novel focuses on the secrets and coverups concerning the fabled American military base, which has been rumored to house all kinds of classified information about alien life, contact with Earth, dead aliens, their spaceships … all that fun stuff we wish existed, but probably doesn’t. (Or does it???)

The book chronicles what has really gone on in the Nevada desert, from testing nuclear weapons to building super-secret, supersonic jets to pursuing the War on Terror.

Hurd has a long career working on stories about extra-terrestrial life and the humans who have to deal with/battle them: she was a producer on Aliens and several other projects with James Cameron (to whom she was married for a little while) including The Abyss and all three Terminator films; she also worked on Alien Nation and both Hulk movies. Now, with the success of The Walking Dead, it seems like there could not be a better choice to produce a high-quality series about Area 51.