The TARDIS Ring: Yes, I Vow to Spend Eternity Traveling Through Time and Space With You 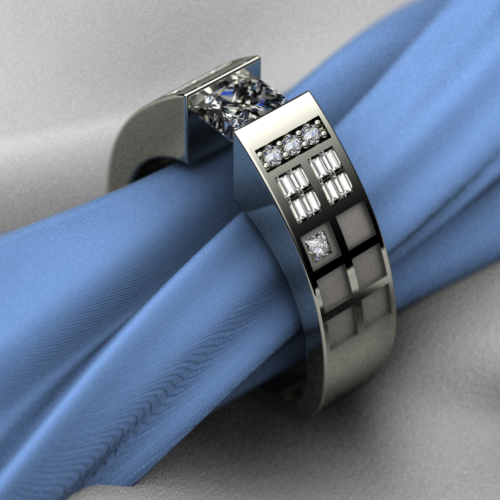 Well, I don’t know about you guys, but if this sparkly token was presented to me followed by or immediately preceding a marriage proposal, you can color me convinced. Even if it was presented by a Cyberman. Okay, maybe not. Created by Tumblr user Pathetic Paripatetic, this TARDIS ring features a “tension set 1CT Princess Cut center stone.” Click through for more details.

Obviously, this is just a digital rendering. But this would be huge for the geek wedding industry, or even just geeks who loves shiny things, so we’re going to hope this thing becomes real. For a rotating, sparkly view, visit the original post.

(via The Official Doctor Who Tumblr)