The Predator Filmed Alternate Endings With Aliens‘ Ripley and Newt 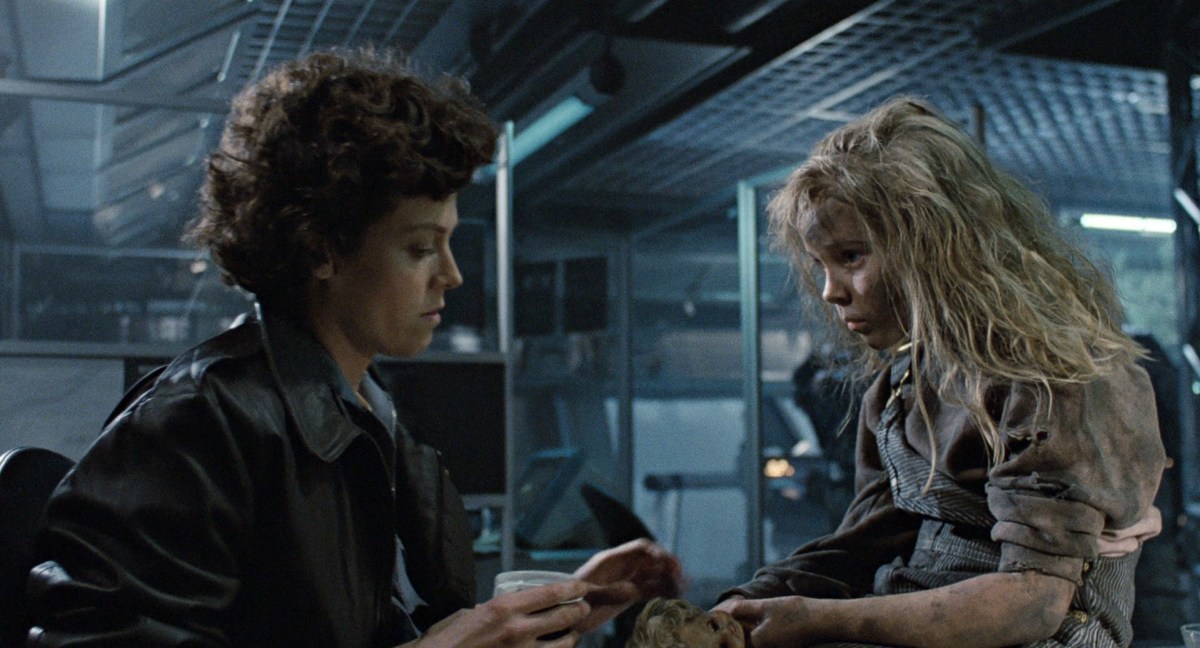 SPOILER ALERT: This post discusses the ending of The Predator.

Shane Black’s The Predator didn’t quite deliver on its promise when it was released last fall. Audiences hoping for some classic Shane Black quips and action set-pieces were left disappointed by an overly rote rehash of everyone’s favorite extraterrestrial hunter. While the film has its entertaining moments, it ends on a truly uninspired note.

The final sequence features Quinn McKenna (Boyd Holbrook) and his son Rory (Jacob Tremblay) in a secret government lab, where scientists are unpacking a weapon left to humanity by the friendly Predator to help them fight the Uber Predators (there’s a Predator civil war going on, apparently). As steam hisses and the mysterious pod opens, audiences were left wondering who or what would be inside. Turns out the pod only contained a gauntlet hiding a suit of armor a la Iron Man 3 (which was also written and directed by Black).

The ending was, like the film, predictable and meh. But apparently two alternate endings were shot that would have reinvigorated not only the film’s ending, but the Alien franchise as well. Special effects artist Yuri Everson shared some images on Instagram that feature two different Predator Killers: Ellen Ripley and Rebecca “Newt” Jorden:

Happy Newt Year!🎉 We shot 3 different endings for #thepredator, all variations of a “Predator Killer”. This unused ending was Predator Killer Newt aka Rebecca Jordan wearing the breather mask we created for the film. You can see her name there on the monitors. Breanna Watkins played Newt. The moving “fingers” and “tail” on the mask were deemed too facehugger-like on the day and were cut and removed by someone… ✂️ Sorry @jon_k_miller who headed up making the breather mask for us @thestudioadi with @saratheterra @ape5150 Zach Teller and Lord Garth but they made me do it! Michael Diner and his amazing Vancouver crew made the pod. All in no time flat. More #bts to follow… 🎬🎥 #avpgalaxy #bloodydisgusting

We shot 3 different endings for #thepredator, all variations of a “Predator Killer”. This unused ending was Predator Killer Ripley wearing the breather mask we created for the film. You can see her name tag there on her costume. Breanna Watkins played Ripley under the mask instead of Sigourney Weaver. The moving “fingers” and “tail” were deemed too facehugger-like on the day and were cut and removed by someone… ✂️ Sorry @jon_k_miller who headed up making the breather mask for us @thestudioadi with @saratheterra @ape5150 Zac Teller and Lord Garth but they made me do it! Michael Diner and his amazing Vancouver crew made the pod. All in no time flat. More #bts to follow…🎬🎥 #flashbackfriday #avpgalaxy

Both images feature face-hugger inspired masks worn by stuntwoman and actress Breanna Watkins (Deadpool 2). It’s unclear why these alternate endings weren’t chosen. Maybe Sigourney Weaver didn’t want to reprise her iconic role. Or perhaps Fox had other plans for the Alien franchise. We may never know, but it’s a real bummer because reviving the character of Newt would have been a terrific retcon for a character that deserved better.

Newt, the scrappy lone survivor of the Hadley’s Hope Xenomorph infestation, provided Weaver’s Ripley with an emotional touchstone, and their bond was one of the strongest aspects of the beloved sequel. Their surrogate mother-daughter relationship was quickly and cruelly undone in Alien 3, where it was revealed that she died offscreen in her hypersleep chamber. Alien 3 was critically panned, with many believing that Newt deserved better.

Rumors of Newt’s resurrection have been bandied about for years. After all, Ripley herself was brought back to life for the aptly titled Alien: Resurrection (okay, she was a clone, but same difference). Neill Blomkamp (District 9) was set to direct an Aliens sequel that would center on a grown-up Newt, but the film was shelved after Ridley Scott’s Prometheus was announced.

I, for one, would love to see an Alien reboot headlined by Ripley and/or Newt. Prometheus and Covenant both suffered from lackluster leads and characters. Let’s be honest: it just isn’t an Alien movie without Sigourney Weaver. Or why not bring both women together for an inter-generational monster hunt? After all, it worked pretty well for Halloween.