The New York Times Is Retooling Their Dreaded Needle 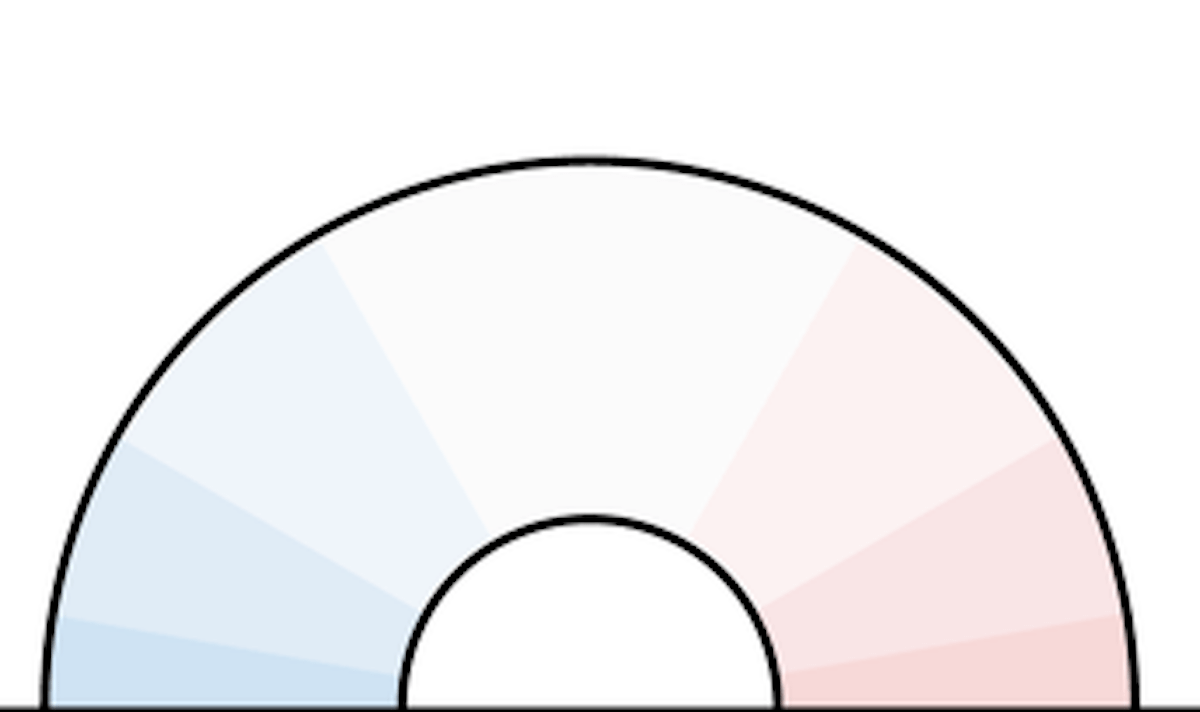 If there’s anything that sums up the nightmare-level stress and ping-ponging emotions of 2016’s election night, it’s the New York Times’ needle. Even now, just thinking about that semi-circular chart with its prediction needle swinging wildly from red to blue every time some new precinct data was made available makes my chest contract and my jaw lock up. (The only thing worse is the memory of when the needle stopped bouncing.)

The needle will be back in 2020 but, luckily, with one big difference: There will be no national needle. Instead, there will be needles for only three states: Florida, Georgia, and North Carolina. These are three states that, according to the Times, have experience counting absentee ballots quickly, their polls close relatively early, and they report their results “in unmatched detail.”

As major battleground states, these three also offer a pretty solid idea of where the election as a whole is likely to end up, says the Times. Basically, if Biden wins even one of them, his chances of winning overall are really high. If Trump wins all three of them, it’s a toss-up.

That’s because this election will see a massive number of mail-in ballots that will dramatically change whatever results come in from in-person voters. (That’s also the reason why the New York Times isn’t subjecting us to a national needle–there’s just too much that’s going to change.)

And since the majority of people who have voted early either in person or by mail are expected to lean heavily toward Biden, that means that if he also wins any of these battleground states in terms of in-person day-of voting, it’s pretty much a lock in his favor. If Trump wins, those mail-in votes could still flip everything on its head.

Which is, of course, exactly why Trump and his supporters are working so hard to make sure those mail-in ballots aren’t counted.