The Mary Sue Review: The Video Game That Makes You the Star of a Horror Film, Alien: Isolation 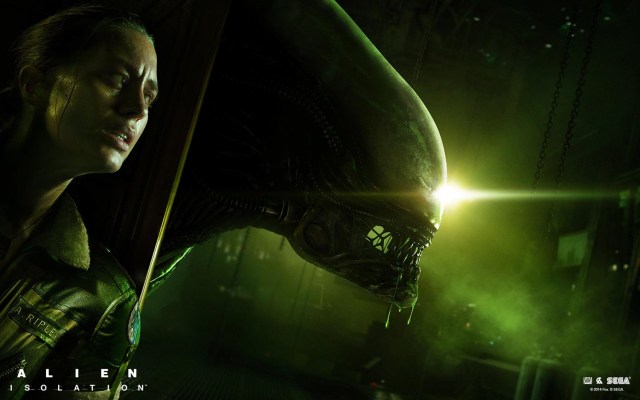 Don’t breathe. Don’t move. Don’t even think. Survive. If you can.

I’m just gonna say it. Alien: Isolation is the best horror movie you’ll see all year. I guess that’s an odd thing to say about a video game, right?

True, the game (set for release tomorrow from SEGA and Creative Assembly) is “survival horror,” and while I can’t say I’ve ever been in a horror film, I think Alien: Isolation is as close as I’ll ever get (or want to get, for that matter).

Alien: Isolation, as you may have already heard, centers on Amanda Ripley, daughter of Ellen from the film franchise. Amanda is an employee of Weyland-Yutani and determined to find out what happened to her mother 15 years ago. The flight recorder of the Nostromo, the ship her mother took off in, has found its way to the trading station Sevastopol, and that’s where all the action happens.

As I was starting this review, I told the other writers from The Mary Sue that I was having a tough time describing how this game affected me. I eventually decided to go literal with it.

Alien: Isolation scared the shit out of me (OK no, not literally). 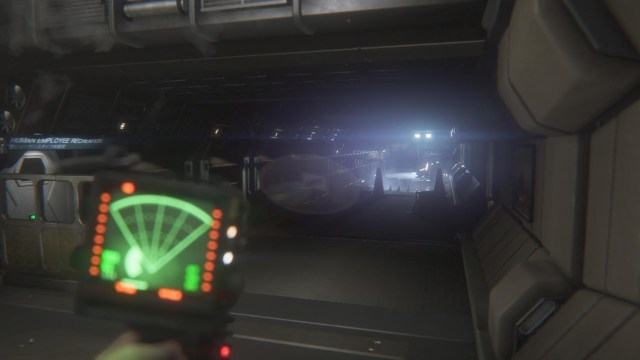 The game starts slow and inches along the way a suspenseful film should. You learn as you go, both what’s been going on at Sevastapol and how to survive once you realize you may have not landed in the friendliest of places. When I tell you I was scared while playing this game, do not take it lightly. I was almost continually shaking, my heart was pounding out of my chest, and I was having adrenaline rushes every few minutes.

And that’s before the xenomorph even showed up.

To be fair, I enjoy horror but I’m also a big chicken so my progress was slow. But you shouldn’t blame me; the game does an excellent job of creating an atmosphere of fear an uncertainty. As the player, I knew the alien could be around any corner, but there are also other people on the station, so I could never be sure what to expect. And the sound effects and score only exacerbate the situation.

My boyfriend sat on the couch while I played and was making fun of my reactions and frequent pauses for breaks. “It’s just a game,” he said.

“OK, then you try,” I replied. So he did. I let him play through one area where you have to sneak past the xenomorph. He did. Then he paused, put down the controller, grabbed my hand and put it on his neck. His pulse was jumping out of his neck.

Besides being the scariest things I’ve ever laid my hands on, Alien: Isolation is just an excellent game. Unlike most titles out there, it constantly surprised me. Just when you think you’ve got a handle on the situation, things change. And don’t ever think you’re safe. You’re not—even in the dark, quiet moments. The game is almost cruel in its alterations of scenarios, but I wouldn’t trade it for predictability. The game is mean, but that’s what makes it so special. Picking up the regular skill set of a video game is that much harder because you’re too scared to think straight and you’ve never breathed a sigh of relief so loud as when you find a save point.

As a big fan of the Alien franchise, I also must point out the first real look at the xenomorph is a thing of beauty. Pure, steely magnificence. Of course, you’ll have less time to admire that beauty as the game goes on but it had to be mentioned as a huge boon to this game.

It pains me to say it, but I’ve yet to try Survivor Mode or get to the “Crew Expendable” or “Last Survivor” content in which you can play as Ellen Ripley, Dallas or Parker from the original film. I just… needed some time away with soft fluffy things.

A lot of folks were worried Alien: Isolation would be another Aliens: Colonial Marines. I never played the latter, but let me assure you Alien: Isolation is a different breed and precisely the kind of Alien game you’ve been waiting for. Is it too much to hope for that a game with a female legacy character takes best game of the year? In this case, I don’t think so. Alien: Isolation is superb in every way and excels as an immersive form of entertainment.

Check out our gallery below but if you want to avoid seeing the xenomorph in-game look, stop at the “EMERGENCY” image.