The Last of Us Insists on Including Both Its Main Characters in Cover Art (See, Because One of Them is Female) 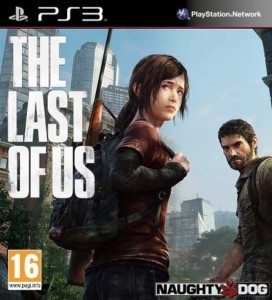 I believe there’s a misconception that if you put a girl or a woman on the cover, the game will sell less. I know I’ve been in discussions where we’ve been asked to push Ellie to the back and everyone at Naughty Dog just flat-out refused. — Neil Druckmann, scriptwriter on The Last of Us, a new game by Naughty Dog, Inc.

It’s no secret that the idea that “games with female protagonists sell poorly” is a self fulfilling prophecy (just like the idea that “action movies with female leads don’t succeed). While, ideally, either no company would be pressured to hide the female characters in their story for sales, or all companies would resist such suggestions, we can still highlight folks who commit to pushing back against the dominant trend.

The article in which this quote appears can be found here, and it’s full of a lot of musing by Druckmann and Ashley Johnson, the voice actress behind fourteen year old-Ellie on the state of female characters in video games.