Lionsgate Wants To Do More Movies Based On The Hunger Games

Fantastic Muttations And Where To Find Them 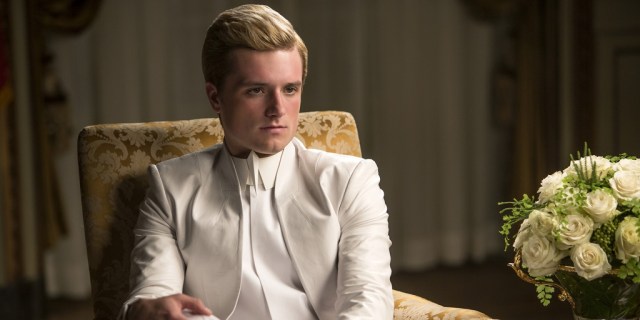 Ahhh, Lionsgate. You are just desperate for a franchise on the level of what Warner Brothers has with Harry Potter, aren’t you? First you get the rights to a young adult series, then you start talking two-part finales and theme parks and stage shows, and now you want more? Peeta is not impressed.

Deadline reports that last week at the end of a meeting with analysts, Lionsgate CEO Jon Feltheimer said that the company is “actively looking at some development and thinking about prequel and sequel possibilities” for the Hunger Games franchise. Never mind that—spoiler alert for movie-only fans—Mockingjay Part 2 is going to end with . There’s gold in them thar District 12 hills! Well, okay, not anymore I guess. But you get the idea.

Now, there’s the possibility that something awesome could come from this—after all, more Harry Potter movies turned into an entire trilogy semi-devoted to learning about wizarding culture in the 1920s, and more Twilight turned into a short series meant to inspire women in film. If they were going to do some kind of prequel, I could see a film about Finnick, Johanna, or Haymitch doing gangbusters on opening weekend. But without Katniss to rebel against the entire system, will it be as compelling a film, or just another story about kids getting murdered with little to no satisfying conclusion?

At least the “more movies” idea is better than the theme park attraction one… which Lionsgate is still working on, by the way, according to Feltheimer, who says that they “are in significant conversations with at least one theme park” and hope to have multiple smaller shows touring across the country. Man, it would be extra hilarious if it were Universal Orlando looking for that Hunger Games money, and they’re gonna have to give up their ’90s Marvel-themed section sooner or later. Come for the Butterbeer at the Wizarding World of Harry Potter, stay to see your family split up into districts and forced to kill one another for food!