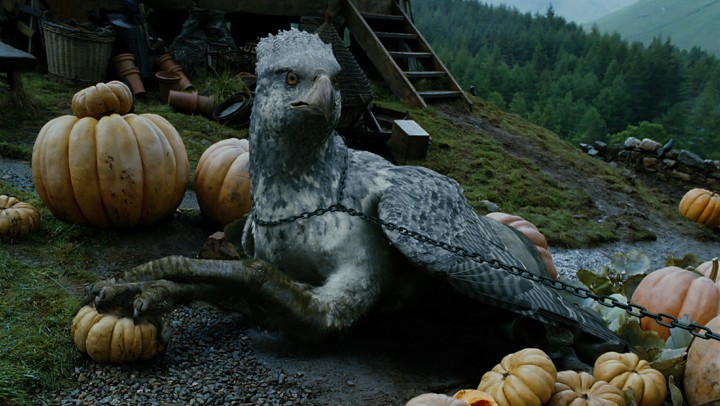 Attention fwoopers, flobberworms and fairys: hope you guys like the limelight.

Back in March we reported that the solo Fantastic Beasts and Where to Find Them movie appeared to be transmogrifying into a trilogy, and now Warner Bros. has confirmed it: the single slim textbook will be turned into three feature-length films. With any other creative team I’d be worried that Newt Scamander’s adventures might not be substantial enough to support an entire trilogy, but J.K. Rowling herself will be penning the upcoming films, so if nothing else the franchise will be an excuse for us to get a lot more original Harry Potter content.

The trilogy news broke yesterday as part of the same Warner Bros. stockholder meeting that gave us the glad tidings of a Wonder Woman solo film. According to the press release:

The Studio will release three pictures, in 2016, 2018 and 2020, based on best-selling author J.K. Rowling’s original story and screenwriting debut, “Fantastic Beasts and Where to Find Them.”   Set in an extension of her familiar wizarding world, featuring magical creatures and characters inspired by Harry Potter’s Hogwarts textbook and its fictitious author, Newt Scamander, “Fantastic Beasts” will be directed by David Yates, who directed the last four Harry Potter movies, and reunite the filmmaking team of David Heyman, J.K. Rowling, Steve Kloves and Lionel Wigram.

Uproxx points out that Fantastic Beasts isn’t the only textbook Rowling has written, so there’s a good chance that Beedle the Bard could make it to the big screen soon, too. As for Quidditch through the Ages, that movie practically writes itself. Do you hear me, Hollywood? THERE’S MONEY IN QUIDDITCH!