More Than Half of This Year’s Hugo Awards Went to Women, and You Can Read Their Stuff for Free Online 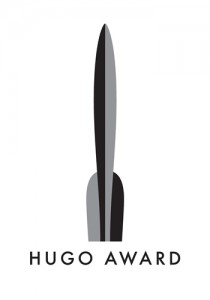 We linked you to the results of the 2012 Hugo Awards for the best in science fiction and fantasy yesterday for the sake of timeliness, and we also brought you the story of Neil Gaiman‘s win for The Doctor’s Wife. But we had to go back and make a full post of it once we took a closer look and realized that more than half of the winners this year were worked on or solely created by women.

Then, in the process of writing this post, we discovered that the majority of those Hugo Awarded works are available for free online in some form. We’ve linked to all the ones we can.

If I may make a personal recommendation, it would be for Ursula Vernon‘s Digger, nominated for an Eisner in 2006, and now presumably eligible for the 2012 Hugos because of a physical compilation of the epic webcomic. While I, uh, dig Digger most for the ways it plays with gender, featuring cast of characters that lack visual gender characteristics (and in some cases are fully androgynous) and a fully fleshed out gender-role swapped society, it made it onto one of our power grids for a scene in which the main character has to ritualistically eat the liver of a fallen comrade. If you’re into dark mythological themes and dry wit, you will probably dig Digger too, and you can still read the whole comic online for free.

That said, here are the nine winning categories (out of sixteen) that went to women writers, editors, and artists this year:

Among Others by Jo Walton (Tor)

“The Man Who Bridged the Mist [link is to a .pdf file]” by Kij Johnson (Asimov’s, September/October 2011)