Should I Be Worried About My Attraction to Fleabag’s Hot Priest? 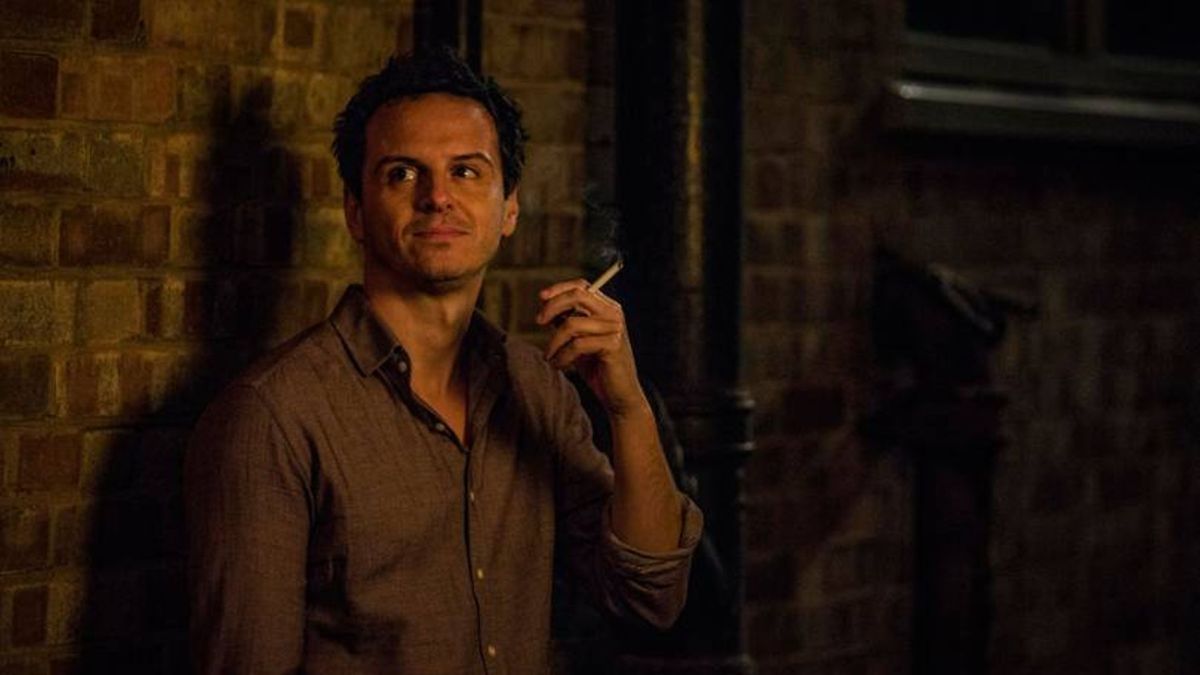 Growing up with a Catholic grandmother has made it so that I feel some sort of way about being attracted to the Priest in Fleabag. Phoebe Waller-Bridge’s wonderful show that just released its second season on Amazon Prime Video has been tormenting fans for the past week. Why? We’re all wildly attracted to Andrew Scott as the Priest.

Fleabag (Phoebe Waller-Bridge) is the kind of character that we don’t want to relate to but find ourselves understanding in more ways than one. Using sex as a coping mechanism, she’s trying to understand the death of her mother, as well as everyone else in her life moving on from her. It isn’t easy to look at Fleabag and see a good person, though, especially when you learn what she did to her friend Boo (Jenny Rainsford), but that was just season 1, so let’s get into season 2.

When Fleabag’s father (Bill Paterson) is marrying Godmother (Olivia Coleman), Fleabag must spend a dinner with her sister Claire (Sian Clifford), Martin (Brett Gelman), her parents, and the Priest. Now here’s where the fun begins. The first we see of the Priest, he’s not wearing his priest outfit, and he’s getting drunk and smoking cigarettes with Fleabag—already a problem.

So imagine our discomfort when it gets to this moment:

The thing about the Hot Priest is that he’s … well, hot, and for those of us who grew up in Catholic households, it can feel like we’re about to be smote at any given moment. Maybe it’s because Andrew Scott doesn’t give us the performance of a normal priest, but rather a man who needed a change in his life, and that change just happened to be the church.

I mean, look, is it our fault? With shots like this, we can’t be expected not to fall in love with the Priest. Phoebe Waller-Bridge knew what she was doing and is targeting our hearts.

Though their love may not have ended in the best of ways, Fleabag and the Priest represent that lust, love, and heartbreak that many of us know very well. It still felt like a gut-punch by the end of the series, but I’ll let you watch season 2 for yourself and experience that pain all on your lonesome.

Here are some thirst tweets about the Priest, though, because at least you’ll know that you are not in this alone.

Anyone else still thinking about Hot Priest in Fleabag? pic.twitter.com/H0oWYGswg2

IF YOU DIDN’T THINK ANDREW SCOTT WAS HOT AS MORIARTY IN SHERLOCK YOU DO NOT DESERVE HIM AS HOT PRIEST!

The most relatable sequence in Fleabag: pic.twitter.com/wIUQ8ixQM6

My favorite thing about how all of us love Hot Priest is that he’s cute, yes, but he’s also weird and honest and open and *sees* #fleabag and that’s why we love him pic.twitter.com/RBrXvOGqfc

I promised to give her the wedding of her dreams— surrounded by all of her friends, a view of the ocean, & getting married to the hot priest from fleabag

Anyway, this is all of us after watching season 2 of Fleabag: