Blink and you'll miss it. 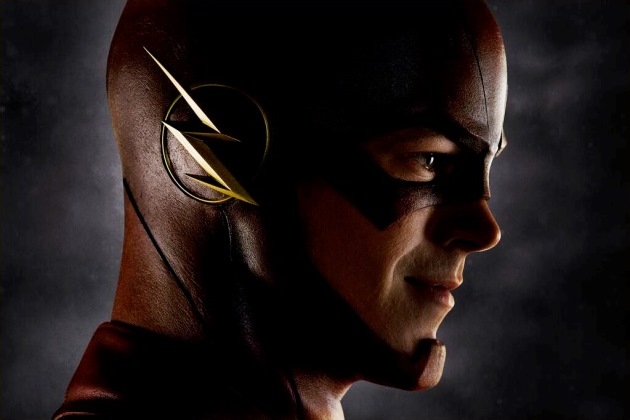 The CW has finally given us a glimpse of what their Fastest Man Alive will look like in a new promotional image, and would you believe it if we told you that the costume seems kind of awesome? Wait, a live-action interpretation of a DC Comics superhero that doesn’t look awkward on first glance? Say it isn’t so.

Grant Gustin, formerly of Glee (we’re so proud you made it out of there, buddy), is pictured above as Barry Allen, and I must say, the burgundy-and-gold get-up appears to suit him pretty well so far. Jesse L. Martin, Tom Cavanagh, Candice Patton, Rick Cosnett, Danielle Panabaker, and Carlos Valdes will also appear in the Arrow spin-off’s pilot, which is said to deal heavily with Allen’s origin story as a scientist who gains the power of super-speed after a freak accident. You know, like you do.

As cool as the mask looks, though, is anyone else getting a Crimson Chin vibe from his jawline for some reason? No? Just me? Great. Glen Tickle keeps saying it looks like Rainn Wilson in Super.