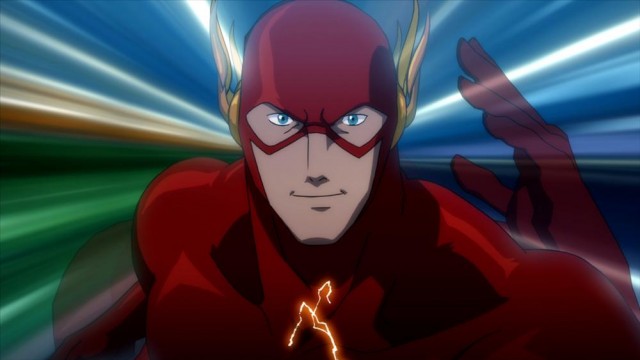 Innocuous laymen Barry Allen is set to make several appearances (specifically, episodes 8, 9, and 20) on the second season of Arrow, before gaining super speed, reflexes that break the laws of physics, some bright red spandex, and starring in his show.

With Arrow attempting to maintain some basis in reality, The Flash’s powers will reportedly be considered, well, a bit strange in-universe, even compared to a billionaire playboy who was shipwrecked on an island for five years and now fights crime with arrows, because that’s practical. Quentin Lance’s laser focus on the vigilante definitely makes it possible that Barry Allen will reprise his original vocation of forensic scientist, either joining Lance in striving to catch the vigilante or letting Oliver Queen go free, knowing he will need an ally to help him with his new and strange lightning-induced powers.

As fantastic as the deeply tormented souls are at fighting crime (Batman, I’m looking at you), it would certainly be a refreshing change to follow a character who doesn’t exactly know what he’s doing and has no deep-seated need for revenge and often-lethal justice. In fact, in an age celebrating the anti-hero, a diligent and focused scientist who isn’t always chasing the next adrenaline rush, one who makes decisions based on logic rather than instinct, would be a fairly unique protagonist. Here’s hoping that Allen’s first appearance doesn’t coincide with his girlfriend’s death, false murder allegations, or the invention of the cosmic treadmill.

Arrow‘s casting director, David Rapaport, will begin casting the role this week, and creator and executive producer Greg Berlanti also intends to develop a movie about The Flash, tentatively slated for 2016.