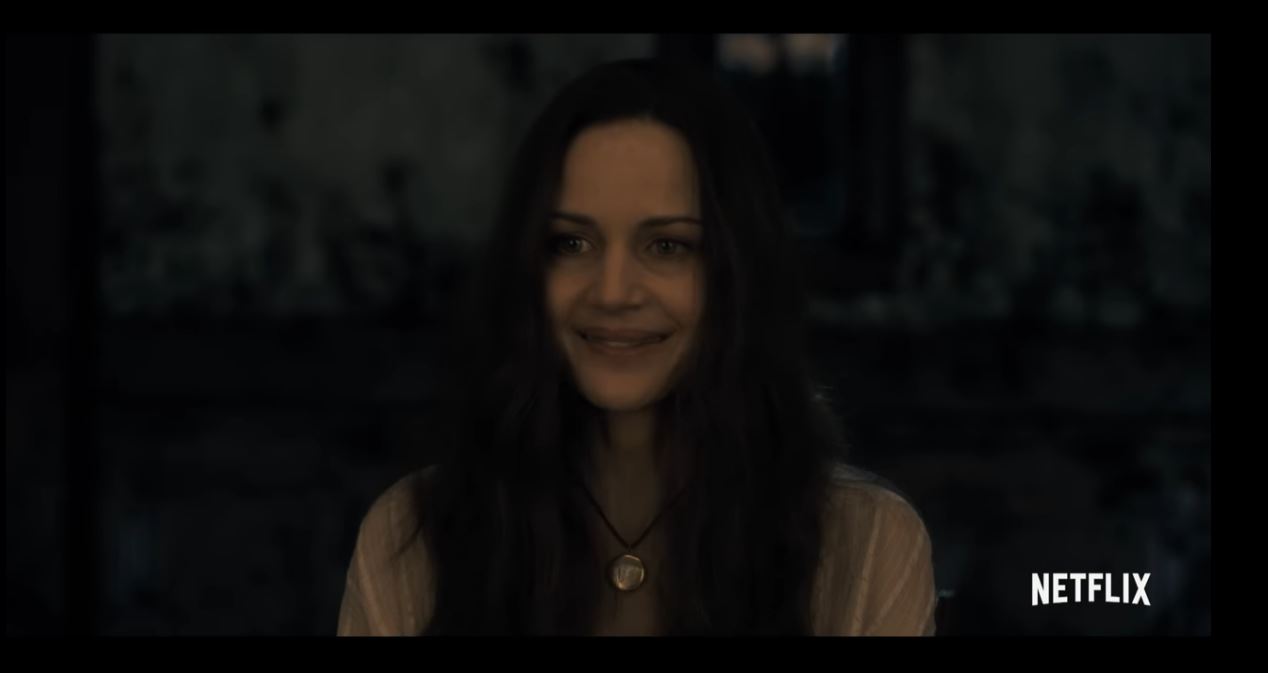 One of the things that moved me so much while watching and talking about The Haunting of Hill House was the show’s women. Shirley, Theo, Nell, and Olivia were immediately engaging characters to me, and as the show progressed, they were the ones who I was most invested in while I would spend episodes yelling and tossing popcorn at Steve and Hugh (Luke, on the other hand, is a precious angel who did nothing wrong ever and I love him). These women didn’t feel like vague tropes tied together, even as Olivia drifted perilously close to that territory; I saw my own struggles and frustrations reflected in their different ways of processing grief.

It makes sense then, that Theo, Nell, and Olivia’s big episodes were all written by female writers. Women have a knack for capturing female trauma differently than men do.

Before we dive in, a word of apology: while I love Shirley, I couldn’t watch her big episode because of the kittens. Call me a crazy cat mom, but I just don’t do well with animal horror, so I opted to just skip that one and read recaps instead. That episode, interestingly enough, was not written by a woman. Don’t worry though, we’ll definitely cover Shirley’s pain in the article. Also, spoilers. All the spoilers.

Theo’s episode was when I first noticed that they weren’t just using a “one trauma fits all” brush for the female characters. When a younger Theo’s psychic gift begins manifesting, Olivia takes her aside to talk about the women in the family being “sensitive.” While Olivia is referring to psychic abilities that seem to run in the family, to me it felt like a commentary on the fact that women are trained from a young age to be sensitive and empathetic to those around them, while men are not socialized to have the same reactions.

This is manifested throughout the series as well. Shirley is a mortician who does pro bono work and cares for her clients. Theo is a child psychiatrist who goes above and beyond to take care of kids. Nell is shown to be gentle and empathetic. Olivia’s haunting is entirely based around her need to protect her children. Meanwhile, Steve exploits his family’s trauma for money and Hugh shuts himself off from his children; when Olivia’s memory haunts him, she tries to encourage him to reach out by telling him how to apologize to Steve and even saying “your silence doesn’t protect them,” but Hugh doesn’t always take her advice.

The women of the Crain family use their trauma as a force to try and reach out, to be empathetic towards others, as the men internalize it and push people away. The sensitivity Olivia speaks of is not always psychic gifts but a general empathy they no doubt learned more from her and each other than they did their father or brothers.

Theo’s flashback episode was written by Liz Phang, who gives Theo so much depth and nuance that she immediately becomes the standout sibling. Phang wisely avoids making the present day storyline, in which Theo’s gifts help her save a little girl from being molested by her foster father, into something exploitative. Instead, it is more horrifying because of the fact that the act is depicted and Theo barely gives words to it until the end monologue, wisely leaving it up for the audience to infer what happened. Despite previous episodes making Theo out to be a hardass who drinks and shuts out her romantic partners, Phang gives Theo a softness that adds to her character without making her into a trope.

Nell’s episode, which might be the best of the series, is also written by a woman, Meredith Averill. Part of me hopes that Averill takes home an Emmy this year for her tragic episode that explores Nell’s trauma without making her a lost lamb in the woods. We start with two haunting scenes of young Nell being stalked by the mysterious Bent-Neck Lady before jumping ahead to an older Nell seeking help from Arthur, a sleep tech. Arthur doesn’t belittle Nell or make her seem crazy; he genuinely listens to her and offers her solutions.

Nell expresses shock that someone is listening to her. That’s a moment that any woman can relate to, because from medical problems to general existence, men tend not to listen to women. But Arthur does listen to her. He helps her deal with sleep paralysis. He supports her. When they marry, you know from the little we’ve seen of them that they’re a healthy match, which makes Arthur’s tragic death even worse.

Without someone who actually takes her seriously, Nell begins to crumble. She throws out her meds and acts out, begging Theo for help (which Theo, in her defensive way, doesn’t quite realize) and calling out Steve publicly which leads to Steve belittling her for being on medication and for seeking out coping mechanisms. Finally, at the behest of a male therapist, she travels to Hill House. Her grief and untreated pain lead to her seeing her family reunited, dressed as though they were attending her wedding. Each one in turn says what she’s so desperately needed to hear from them, from Theo apologizing for leaving her upset to Luke apologizing for not being at her wedding and thanking her for believing in him.

This is a female perspective on pain. A male writer might’ve made Nell into some weepy ingénue, but Averill possesses a respect for the way Nell’s pain would manifest, and a knowledge of how people will not listen to women’s pain. This is a thread that is carried over into the following episode, where Nell’s ghost haunts her family’s gathering the night before her funeral as her younger self seems to vanish from reality. “I was screaming and waving my arms, but you didn’t see me. Why didn’t you see me?” Younger Nell cries when she reappears as the last shot of the episode shows her ghost standing next to her coffin, unseen by her family.

Olivia, the ghostly mother haunting her family, does not get her time in the spotlight until the penultimate episode. Olivia is clearly not well, most likely suffering from untreated mental illness as well as literal ghosts stalking both her dreams and waking hours. Hugh writes them off as just bad dreams and does not seem to listen to Olivia, even as she cries and tells him how scared she is. By the time Hugh finally suggests she take time away from the house — to which she replies that then he’ll have to take care of the kids, which he’s shown to do a terrible job of — it’s too late. The house has a hold on her that manifests in an act of terrible violence.

Other episodes of the season are written or co-written by women, which is why moments such as Shirley believing that Theo and her husband are having an affair and Olivia’s ghost being the wiser half of Hugh’s tormented mind ring true. A female perspective on the trauma gives it layers, rather than just having Flanagan’s protagonist Steve get all the angst while the women of the family swan around as tropes. (A stand out moment for me is when Theo calls out Steve for saying Luke found hidden records of a bootlegging operation in the basement when it was her, because of course a woman’s discovery has to be actually done by a man).

Which brings us to Shirley. Shirley is angry. She has been forced to take care of her siblings, especially so after Steve writes his novel detailing their experiences in the house. Shirley holds herself to a high standard, and holds those around her to an equally high standard. She’s angry and, in Theo’s words, ices people out; Theo chose to live in her guest house to help Shirley. The big reveal that Shirley has cheated on her husband feels a little… odd, but it also makes sense that the ghost haunting her is her own imperfection, because Shirley has had to be perfect for her family for so long.

Much of the credit for the show is rightfully given to series creator Mike Flanagan, but the women who wrote episodes of the show — four of the ten episodes had a female writer, with a fifth being co-written by a male and female duo — deserve credit for their perspective and brilliant writing. They helped bring the women of the series to powerful life, and are the ones truly following in author Shirley Jackson’s footsteps. Should Hill House return for a second season, I hope Flanagan keeps them on staff, as their point of view makes his work even stronger.