Come for the ghosts, stay for the rep. 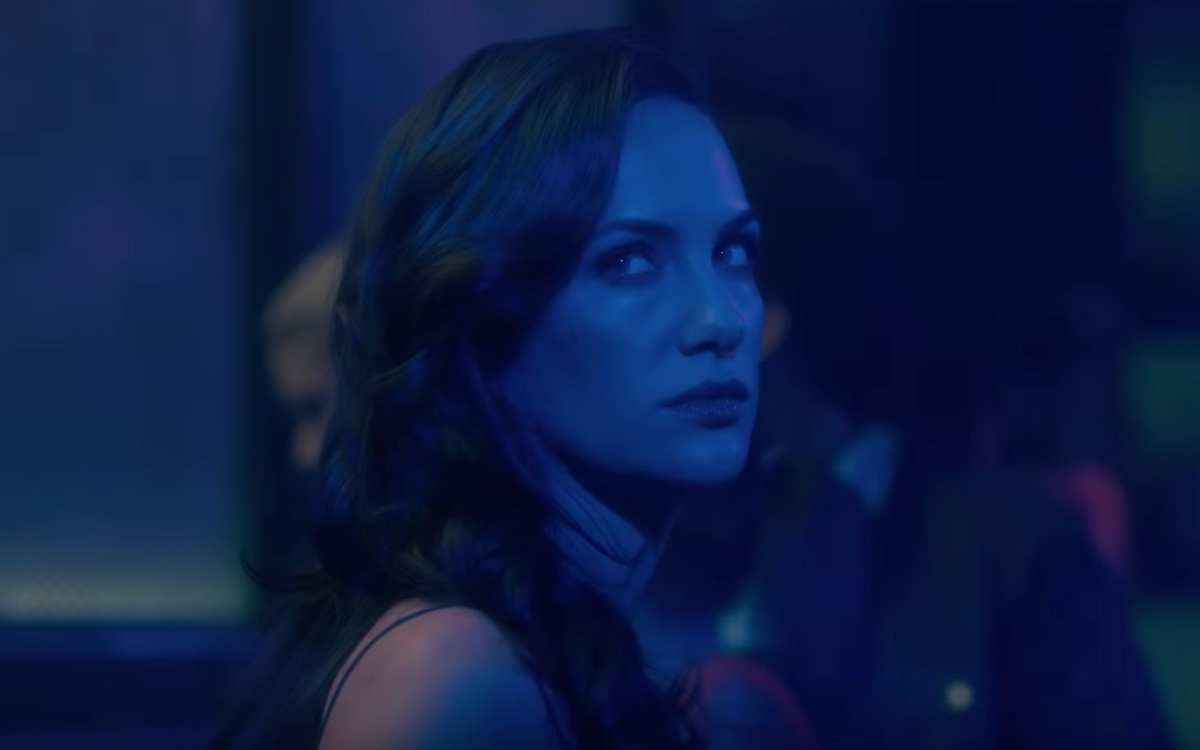 **Spoilers abound for the entire season of The Haunting of Hill House.**

I was surprised to see within the first episode that middle sister Theodora (Kate Siegel) romanced a woman at a club. The pair have sex, mostly offscreen, before Theodora makes an excuse to shoo her newfound paramour away. I expected that to be the end of that, but Trish (Levy Tran) makes an appearance in four of the show’s ten episodes, and the pair get a happy ending in the finale.

Color me shocked. I was not expecting to be writing about positive lesbian representation in this series, but I am glad that I can.

Note: If I am remembering correctly, Theo never openly talks about her sexuality or gives it a label. I am referring to her as a lesbian because I find it the best label for her, and will examine her brief tryst with a man in depth as part of her identity.

Theo became my favorite character about halfway through the third episode, which was centered on her. She’s a child psychiatrist with a psychic gift; if she touches someone, she can sense things about them. She wears gloves to avoid physical contact with others, something her mother taught her when her gift became overwhelming in the halls of Hill House. Outside of work, she builds walls to keep people out, drinking heavily and trying to cope with the feelings left behind by her mother’s death and father’s abandonment.

Her grief isn’t pretty. She’s angry and harsh, but at the same, time her job showcases a compassionate side that her family doesn’t get to see. There’s no doubt that Theo is a good person, but her trauma is closing her off. As she gives help, she refuses to accept it for herself. It’s real, and painful, and gives Theo depth. Theo’s grief and trauma are not centered around her sexuality, as most queer stories are, but rather around her family and her own experience outside of her dating life.

Theo does, at one point, try to kiss a man: Kevin (Anthony Ruivivar), her sister’s husband. However, it’s not out of any sexual or romantic desire, but rather her attempting to feel something after touching her sister Nell’s body and only feeling nothing. She lashes out in a fit of fear and apologizes for it, and is not shown actually being interested in Kevin in the slightest. Her reaction is driven by a physical need to feel something rather than any attraction.

Theo, as with all her siblings, is granted catharsis in the end, after the spirit of their sister speaks to all of them in the Red Room. We see Theo moving out of Shirley’s guest house with Trish and abandoning her gloves in the trash; two years later, we see her and Trish celebrating Luke’s two years of sobriety. That’s two years of Theo being granted a happy ending she richly deserved, of growing and healing and opening her heart.

We don’t know what happens to Theo after the credits roll, and life is full of tragedy, but she gets a happy ending onscreen and the chance to heal. That is what matters.

Horror is not a genre that speaks to many happy endings. I’ve written about the beauty in Hill House‘s story, but for me, Theo means more than that. Theo represents two very different things to me. One is that a queer woman such as myself can move on from trauma, and find healing. I related to both Theo and Nell in how they dealt with their pain, and to know that Theo got to heal and move on from what happened gave me a bit of hope amidst the ever-growing dusk of fall. Maybe I can remove my metaphorical gloves one day and be a little more open as well.

The second bit of hope is that these stories can become commonplace. There is barely any fuss made in the show about Theo’s sexuality; her entire arc is based on who she is, not who she shares her heart with. The show therefore makes a statement by not making a statement. Theo is not “the gay sibling” but rather “the sibling whose grief manifests like this.”

It’s a bold new way of storytelling. Plus, Flanagan and his cowriters manage to avoid any nasty tropes with Theo, including “burying the gays.” Theo exists as a fully-fleshed out character on her own, and it’s empowering.

Theo is now my favorite horror heroine. It gives me hope that we can see more representation across genres, and that more writers will have a sensitivity while writing about these characters. Thank you, Mike Flanagan, for giving us this character, who the community so richly deserves.