'The Expanse' Renewed for Final Season | The Mary Sue

The Expanse Renewed for Final Season; Cas Anvar Will Not Return 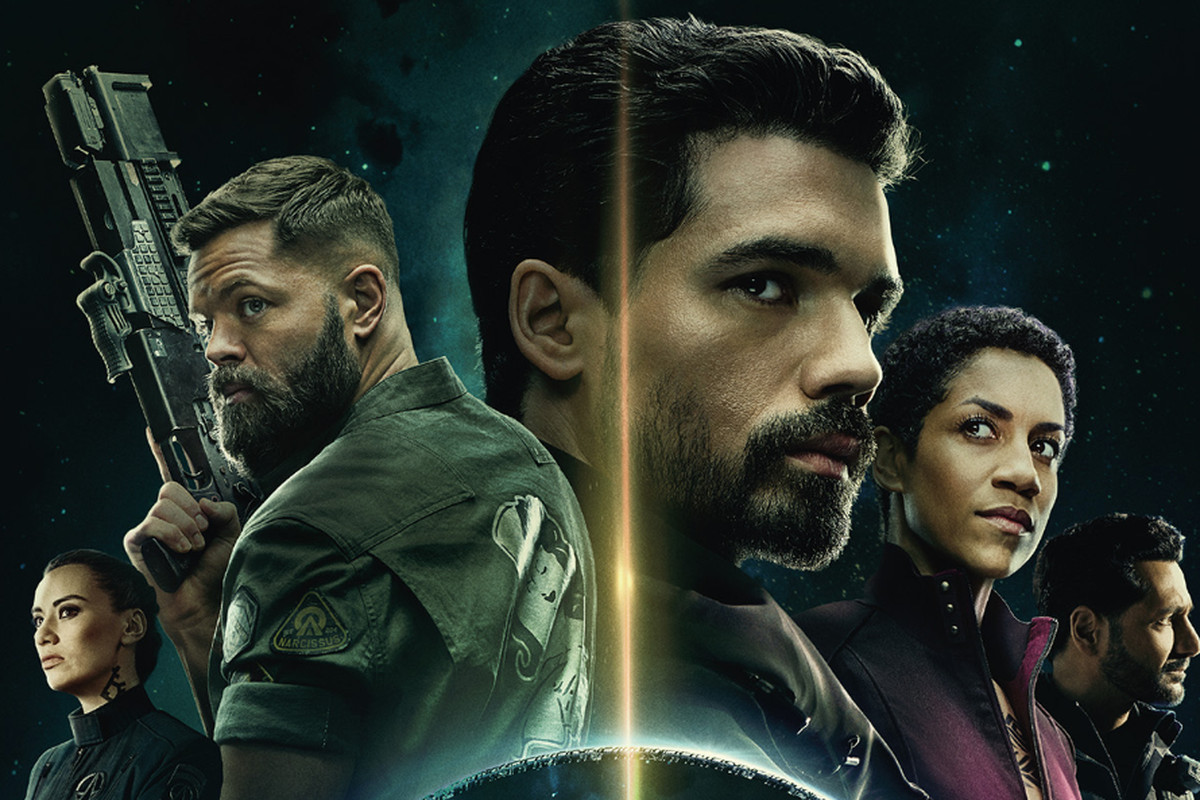 Amazon Studios announced today in a press release that The Expanse has been renewed for a sixth and final season. Actor Cas Anvar, who plays pilot Alex Kamal, will not return for the show’s last bow after he was subject to a sexual misconduct investigation earlier in the year.

While I’m glad that there will be a sixth season of The Expanse, I’m devastated to hear that the series now has an end-date. The Expanse is hands-down the best science fiction show on television. After fans fought so valiantly to see it saved from Syfy’s cancellation and The Expanse found a new home at Amazon, it’s hard not to feel crushed by the news. There’s only so much my heart can take in 2020.

I’m not going to try not to dwell overmuch on the “final season” stuff, though, because I’m willing to be in so much denial that I believe some miracle will swoop in to revive the Rocinante and crew at the last minute. I’m still in the “la la la, I can’t hear you” stage of processing this news.

If you absolutely must peruse the canned quotes of Amazon Studios’ press release, here you go:

“The dedication and artistry of everyone who helps bring The Expanse to the screen is incredible,” said Naren Shankar, Executive Producer and Showrunner, The Expanse. “Our fans are awesome, and we cannot wait to get rolling on Season Six!”

“We’d like to thank Naren, Andrew, Broderick, everyone at Alcon and the entire cast and crew of The Expanse for the hard work and love they have put into the series over these past seasons,” said Vernon Sanders, Co-Head of Television, Amazon Studios. “We’re very happy we can give the incredibly loyal and passionate fans of The Expanse the satisfying conclusion to the series that they deserve. We know they’ll love how Seasons Five and Six unfold.”

Okay, now that we made it through that asteroid field, let’s talk about Alex. As io9 reports:

Cas Anvar, who’s played Alex since the first season, will not be joining them for the final season—following a string of sexual misconduct allegations earlier this year. As of now, it’s unclear how much Anvar will be present in season five or how the series will address his departure in the final chapter.

If you recall, the allegations of sexual assault and harassment made against Anvar were damning, upsetting, and infuriating. But in a refreshing turn of events, dedicated fans of The Expanse rallied around his alleged victims and condemned Anvar’s behavior. This show, along with being the best science fiction on television and featuring one of the most diverse casts of all time, also has the best, smartest, and kindest fans on the internet. No, I will not be taking questions at this time.

While the decision not to have Anvar return is absolutely the correct one, I’m sad about the loss of Alex Kamal, who was one of my favorite characters. It’s not clear at the moment whether Alex will be totally written off or whether the role could be recast, but it’s difficult to imagine the latter happening. At the same time, it’s difficult to imagine the Rocinante without her pilot. I trust this production, however, and I know they’ll come up with a brilliant solution.

I also know that logically I should be grateful that The Expanse got a second life on Amazon at all, and that we’ll still be getting two more confirmed seasons of the show. But part of me had very much hoped that Amazon, with its gazillion dollars, might keep this good ship sailing on for many, many years. Like, throughout my natural lifetime and then we’d get a spin-off called The Expanse: Even More Expansive.

Until I am told that there is absolutely zero hope for another Expanse resurrection or movie or what have you, however, I will remain in a blissful state of denial.

Per Amazon Studios, a reminder of the good news we have awaiting us in this hell year:

The much anticipated fifth season of The Expanse will debut beginning December 16th, 2020 with three episodes and will continue to debut one episode weekly through February 3, 2021.