The Expanse Is the Best Science Fiction on TV 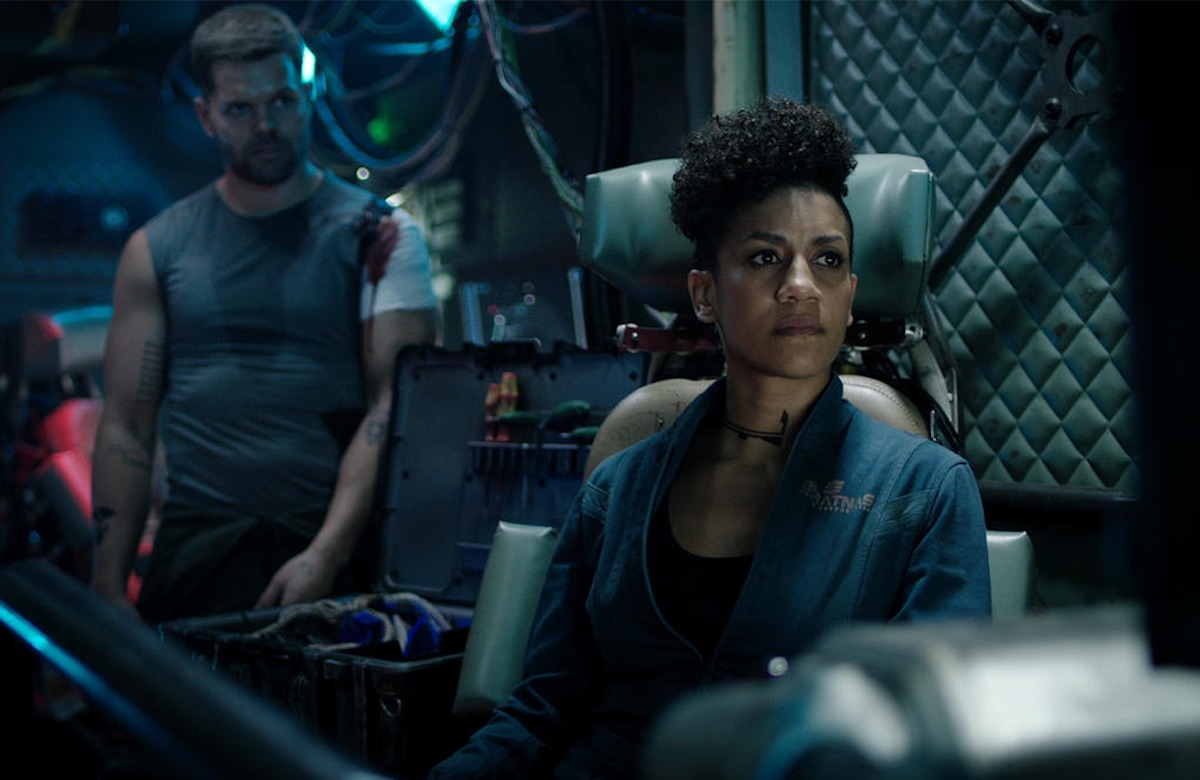 I’d rather be late to a great party than never go at all, and that’s how I feel about becoming a fan of The Expanse four seasons into the show’s run. The sprawling, dynamic, always-surprising series is the best science fiction currently on TV—and its gorgeous complexity drives home how much efforts like the new Star Treks have dropped the ball.

The Expanse is based on a continuing series of novels by Daniel Abraham and Ty Franck, who write under the joint pen name James S.A. Corey and also work on the show. Set in the 24th century, humanity inhabits the colonized solar system and is on the knife-edge of war, factional violence, and struggles with brutal capitalism and labor exploitation. But it’s also very fun! I promise.

Showing up late to The Expanse party can be blamed partially on the fact that it takes a few episodes for the show to hit its stride. You start off being tossed into a chaotic space station, Ceres, where the Belter population—who mine the resources that Earth and its former colony Mars gobble up—is chafing under oppressive conditions. At first, The Expanse plays like a procedural drama in space, following weary space cop Joe Miller (Thomas Jane) on his increasingly obsessive quest to find the missing daughter of an influential man.

There’s a lot of exposition to set up the universe, and a lot of Belter Creole slang thrown about, and a ton of characters with different motivations introduced. Meanwhile, unfolding far away, the crew of an ice-hauling company stops to investigate a distress call. It turns out that these more distant characters will become the heart of the narrative, but it takes a while for them to arrive. I think I began The Expanse at minimum four times before deciding to stick with it. But on The Expanse, very little is as it seems, and it turns out not to be the show I thought it was at all. This emerges as rather a reoccurring theme: if you think you know what’s about to happen on The Expanse, you are wrong.

If you tried and never clicked with the series’ initial episodes, I urge you to reconsider. The Expanse is more than worth the time you put into it. Midway through the first season, it picks up speed, and it doesn’t relent again. In a deft balancing act, The Expanse manages to juggle a breakneck pace with a variety of simultaneous storylines, meticulous world-building, and astonishing character development. In a universe populated by cunning and desperate people, its action is as clever, and it trusts the audience to follow along. 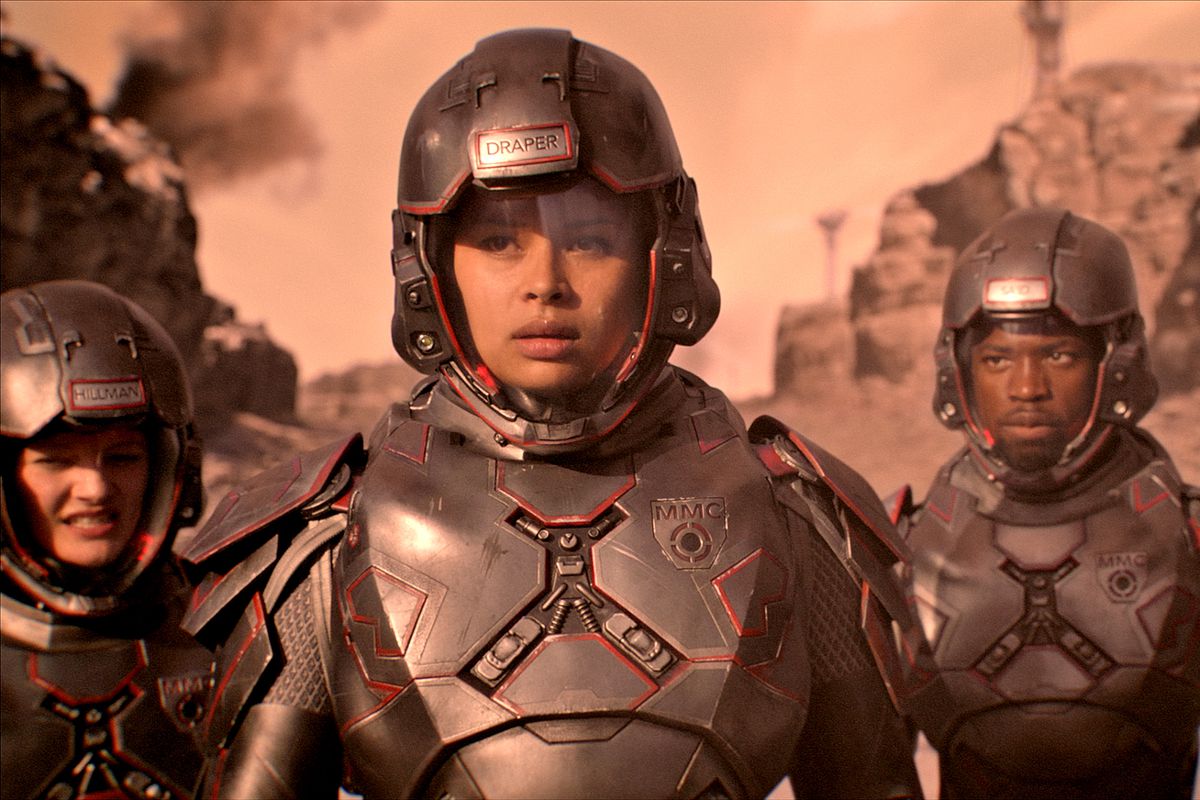 One of my favorite elements about The Expanse is how expertly it demonstrates that morality exists in shades of grey and how often, in fact, morality is in the eye of the beholder. While there are “bad” characters for a stretch, meaning they conflict with our heroes’ agenda, no one is ever truly an “evil villain” in the superhero movie sense; no one cackles and twirls their mustache. People make horrendous choices and crushing policy decisions, but we usually come to see that from their perspective and experience, they feel justified. Everyone on The Expanse is fighting to survive and to see their loved ones persevere. No one is bad for the sake of being bad. And characters that were once in total opposition may eventually find themselves allies or even friends.

As a caveat, The Expanse is quite violent, and not a show I’d recommend to watch with little kids. I lost track of the number of times people are shot in the head—it’s a lot. It’s not, however, ever overly gratuitous or gory. And watching its violence tempered with wit—and its thoughtfulness about the varied states of humanity—helped drive home what has felt so frustrating about other recent science fiction series on TV that have tried to follow in the space operatic tradition.

Both Star Trek: Discovery and Picard often felt watered-down to me, stories with cardboard characters who spout platitudes and engage in all-too-predictable storylines, even when they try to veer “dark.” Their lack of nuance, character, and world-building is head-scratching. Watching The Expanse makes you realize how much those shows do not trust their own audiences to take the leap into the unknown. If The Expanse is an oil painting, the new Star Treks seem drawn in crayon.

But for a science fiction series set hundreds of years in the future, The Expanse still remains mostly rooted in reality and all too possible. Its tech is not so over-the-top as to appear like magic to us. It extrapolates who we are and how that would play out in a more technologically advanced time; it draws from ideas already in motion. And so, much as would be the case if we could soar far into the cosmos tomorrow, humanity engages in war-mongering, arms-amassing, colonization, and exploitation of people and resources. Somehow the show manages to fit in commentary on difficult contemporary topics like refugees, terrorism, a failed welfare state, faltering veterans’ services, the media, elections, and more without being heavy-handed.

In one of its finest extrapolations, the show’s considerable cast is hugely diverse—as would be humanity’s expansion in the future. The women are also depicted as strong, uncompromising, powerful, central, and vital: from Dominique Tipper’s brilliant lead Naomi Nagota to the showstopping Shohreh Aghdashloo as the most influential woman on Earth to Cara Gee’s sharp-as-nails Captain Drummer to Frankie Adams’ Martian Marine, who is quite possibly the most capably badass woman on television. And that’s just the ladies in the main cast.

Watching The Expanse will make you question why we can’t see this kind of diversity of representation in every cast in every kind of production. You’ll also find guest roles and appearances from well-known faces like David Strathairn, Francois Chau, Jared Harris, Terry Chen, Burn Gorman, Simu Liu, Jay Hernandez, Elizabeth Mitchell, and many more. 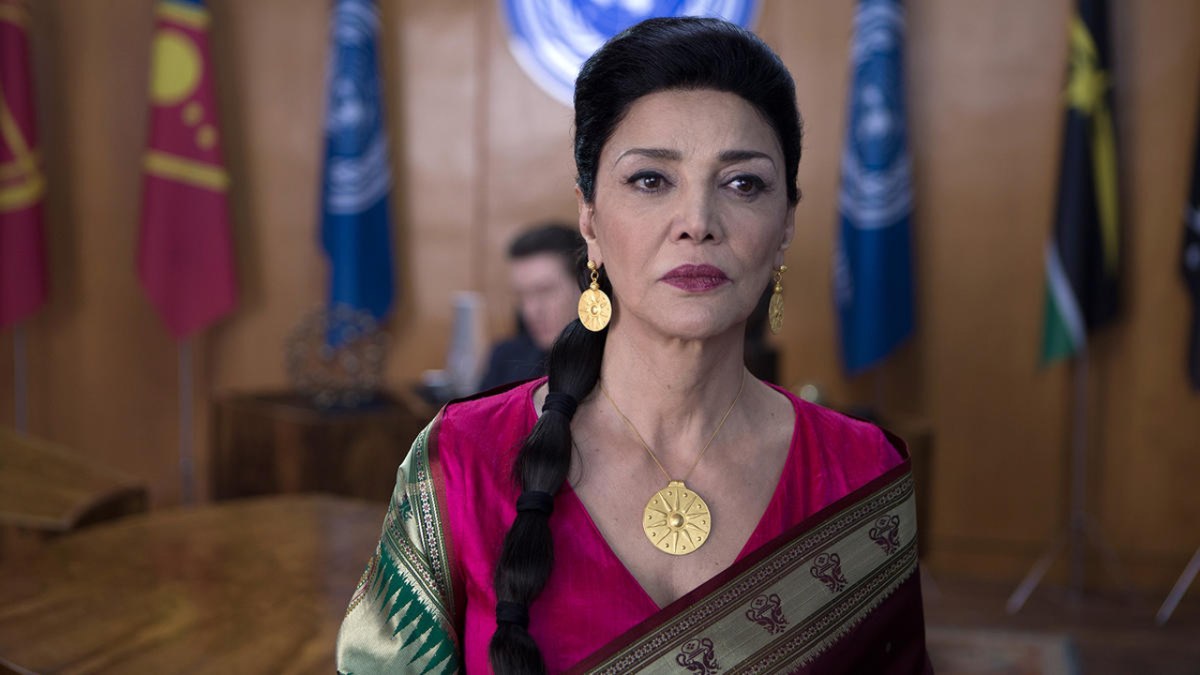 The show’s science—save when certain acts occur that alter the laws of physics—is also on point. Characters who grew up without Earth’s gravity suffer greatly when they step out onto a planet for the first time; the blue horizon, and the endless ocean, makes a visitor from bone-dry Mars to Earth dizzy. The limitations of space travel and spaceship maneuvering capabilities come into play. These are the sort of concerns and boundaries rarely seen and explored on speculative future-based television. But The Expanse dislikes hand-waving through any activity. Instead, the attention to so much detail—in the plot, the scripts, the casting, the science, and the stunningly evocative set design and effects—makes everything that’s happening onscreen convincingly grounded. It also makes for excellent escapism. You really can’t lose.

If I were to have any criticism of the show, it is that some of the events surrounding the protomolocule—its one truly out-there element—can be confusing and exasperating. Sometimes you want to shake Steven Strait’s Captain James Holden by his well-intentioned shoulders and yell, “Really? Really?” At other times, there’s almost too much of an adherence to slowly unraveling a plot point—for example, we’ve heard hints about Amos’s (Wes Chatham) disturbing childhood days in Baltimore for four seasons now without further exploration. But such deeply felt occasional frustration demonstrates how deeply engaged I became in a matter of days. And I trust, at this juncture, that The Expanse is making the choices it does for a reason.

While the troubling accusations surrounding actor Cas Anvar (who plays pilot Alex Kamal) have recently cast a pall, The Expanse‘s engaged fandom has been vocal in its support of Anvar’s alleged victims. The Expanse fandom well espouses the passion and dynamism of its show. They famously went into overdrive in order to resurrect The Expanse when the series was canceled by SyFy after its third season, waging one of the most successful “save the show” efforts to date.

As Wired recounts, “Fans of the show organized an unprecedented campaign of attention-grabbing stunts, hoping to persuade a streaming service to rescue the show.” From flying a “Save The Expanse” banner over Amazon studios to sending a model of the ship Rocinante to the edge of space, fans’ rallying worked: Amazon picked up The Expanse, where it will hopefully have a home for many years to come. Don’t you want to know why fans’ dedication runs so deep?

With the fifth season’s filming already wrapped, this is the perfect time to binge The Expanse on Amazon Video. I’ve never experienced a universe that feels so utterly familiar and so distantly alien at the same time, nor can I call to mind a science fiction series as compelling watchable in the last decade. It’s like nothing that you’ve seen before, and I can’t wait for you to visit.