The Starship Enterprise Appears to be Surveying Earth From The Moon 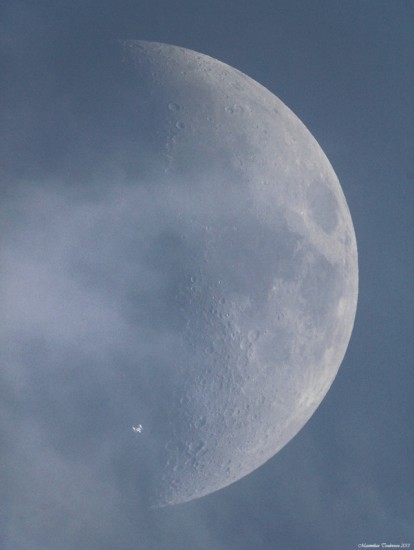 This amazing photo was taken in broad daylight, and is interesting enough as a fascinating shot of the moon.  But it’s doubly exciting because it looks like the Enterprise is drifting over the moon, and George Takei agrees, commenting on his Facebook page,”My goodness, from this angle it looks like a certain starship I once flew.” Unfortunately, Spock, Kirk, Sulu and company have not traveled back in time to our present day, and the shot in reality shows the International Space Station, photographed by Maximilian Teodorescu, a Romanian photographer.  Still, regardless of whether we’re seeing the Enterprise or the ISS, the photograph and the space station photographed are amazing.  Check out a larger version here.