'The Baby-Sitters Club' Renewed on Netflix | The Mary Sue

The Baby-Sitters Club Renewed! The Importance of Children’s Content With Child Actors! 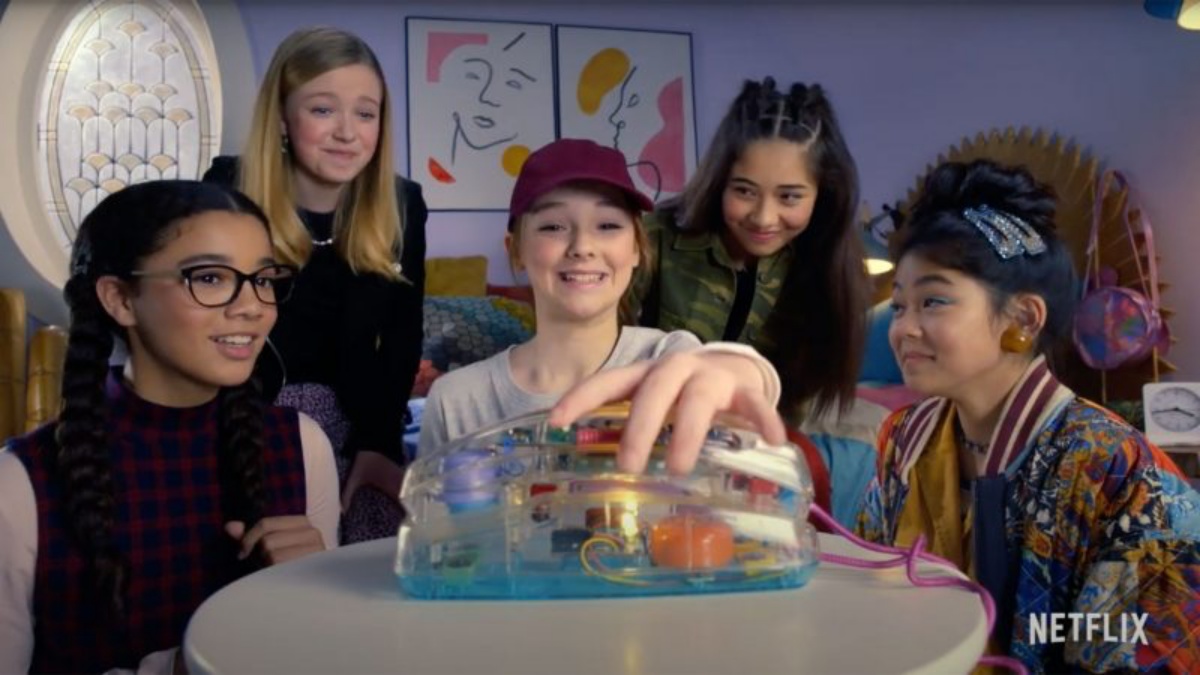 The Baby-Sitters Club has been renewed for season two at Netflix! Thank goodness, because after losing Anne with an E, my soul could not take another loss.

Based on the hit series of books by Ann M. Martin, the show stars Sophie Grace as Kristy, Malia Baker as Mary Anne, Momona Tamada as Claudia, Shay Rudolph as Stacey, Xochitl Gomez as Dawn, Anais Lee as Jessie, and Vivian Watson as Mallory. The girls are a group of teen and pre-teen babysitters in Stoneybrook, Connecticut. Rachel Shukert will return as showruner and executive producer for Season 2, which I am excited about since she did such an amazing job with the first season.

I was truly shocked by how deeply I became enthralled with The Baby-Sitters Club. I watched it in a day and cried several times, especially around my queens Claudia and Mary Anne. It managed to capture the magic of the books, update it in a really meaningful way through inclusivity in casting and additions of LGBTQ characters, and also communicate to a middle school audience on their level. Unlike a lot of other shows, the glamor in The Baby-Sitters Club feels realistic.

“It’s incredible to be talking about the series in 2020,” book series author Ann M. Martin told PEOPLE. “And I’m proud that the series reflects the different landscape, 34 years later. A lot has changed.”

Martin continued: “I love that they made Dawn’s father gay and that they introduced a transgender babysitting charge. As someone who is gay, I know how much positive representation matters, especially to kids.”

So often shows about being young skew towards 16+ so that they can be played by actors in their 20s and have to deal with sex, drugs, and more adult issues. But middle school is a lot too, and it is at the ages of these characters that a lot of the building blocks of the future are created. It was nice to see a story that dealt with the awkwardness of being a young teenager and a pre-teen. It’s that liminal space in aging where you are trying to figure out how much of your childhood you are taking with you and how much you are leaving behind.

Also, it is important to actually remember how tiny kids actually are. So much of out media oversexualizes young people by using aged up actors and I’m happy to see a kids show, for kids!

I’m so glad that we will be getting more The Baby-Sitters Club. It’ll be keeping my spirits up as I once again do not accept that Anne with an E has ended and therefore will never watch the final season, because in times of COVID-19, that’s a childhood thing I love that I will not be giving up anytime soon, thank you very much.

What was your favorite part of The Baby-Sitters Club Netflix series, and how many times did you cry? Be honest, this is a safe space.