The king of New Asgard is looking for her queen. 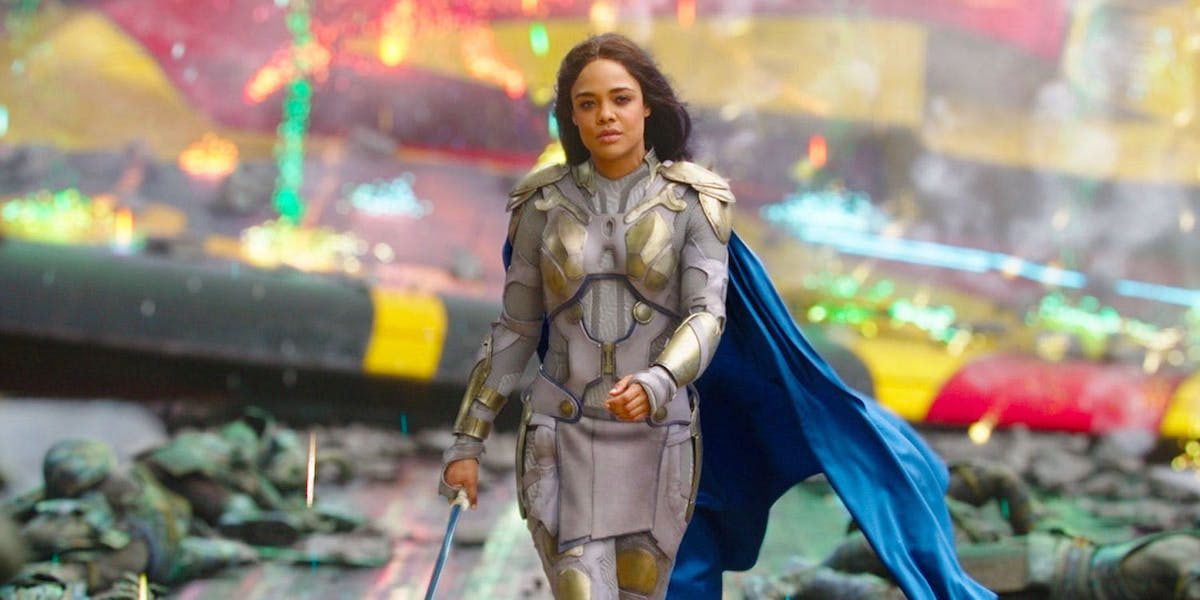 After 23 films and over a decade of content, Marvel is finally giving us an LGBTQ+ hero in the MCU. CEO Kevin Feige announced that Valkyrie, played by Tessa Thompson, would be canonically queer in the upcoming Thor: Love and Thunder. It’s an exciting development, especially after a queer scene featuring Valkyrie in Thor: Ragnarok was left on the cutting room floor. Thompson, who herself is openly bisexual, has long championed the character’s bisexuality:

She’s bi. And yes, she cares very little about what men think of her. What a joy to play! https://t.co/d0LZKTHCfL

YES! Val is Bi in the comics & I was faithful to that in her depiction. But her sexuality isn’t explicitly addressed in Thor: Ragnarok. https://t.co/hmb5lYN5to

During the epic Marvel Hall H panel, she told the audience that Valkyrie, who was named King of New Asgard by Thor in the final moments of Avengers: Endgame, has her sights set on finding a partner. “As new king, she needs to find her queen … That will be her first order of business. She has some ideas. Keep you posted.”

Feige confirmed the character’s queerness after the panel saying, “The answer is yes … how that impacts the story remains to be seen with that level of representation you’ll see across our films, not in just Thor 4.” It’s an obviously exciting development for queer fans who have longed to see themselves portrayed in the MCU.

It’s been a long and frustrating road, as Marvel has had many close calls with LGBTQ characters. There was the disappointing Valkyrie omission in Ragnarok, as well as a cut scene in Black Panther that hinted at Okoye’s (Danai Gurira) flirtation with Ayo (Florence Kasumba) a member of the Dora Milaje. Finally, there was that brief moment in Avengers: Endgame where director Joe Russo played a gay member of Steve Rogers’ post-snap trauma support group.

The scene featured Russo’s character talking about going out on a date with another man, only for the date to end in tears after they both discussed losing loved ones in the snap. It’s a fine scene, but the Russos and Marvel made a huge deal out of it, congratulating themselves for barest minimum of representation in a way that turned off a lot of fans.

In addition to Valkyrie, Feige also confirmed that The Eternals would have a queer character. It was previously reported that Marvel was casting a gay Asian male lead, though that role has yet to be cast and no announcements were made regarding the character at SDCC.

With Phase 4 now unveiled, we’re looking at a more diverse and inclusive MCU than we’ve ever seen before. It’s a Comic Con miracle!

What do you think of Valkyrie as the first LGBTQ+ hero? And more importantly, who should be her queen? Jane Foster? Captain Marvel? Someone we haven’t met yet? Let us know in the comments.