Tessa Thompson Fought for a Scene That Confirmed Valkyrie’s Bisexuality in Thor: Ragnarok – And Then It Got Cut 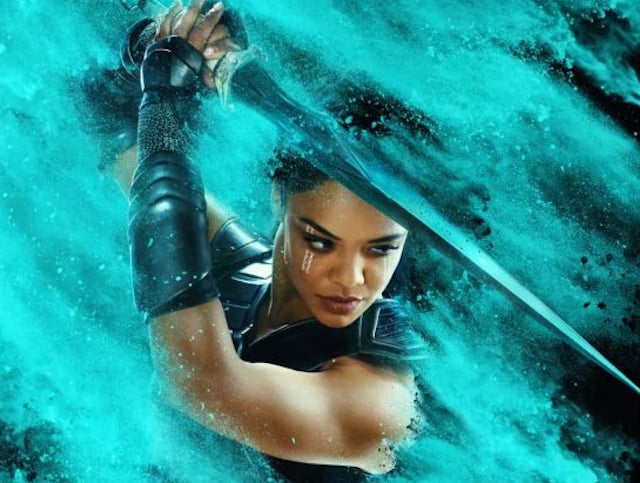 In a recent interview with Rolling Stone, which covered everything from working with a green screen to putting more black people in science fiction, Tessa Thompson talked about the development of her character Valkyrie in Thor: Ragnarok – and one key moment that got left on the cutting room floor.

Thompson previously shared on Twitter that Valkyrie, whom she calls “the Han Solo of the movie,” is bisexual, just like in the comics. However, in this latest interview she also told Rolling Stone how she “summoned the courage to pitch Waititi on making Valkyrie bisexual, based on her comic book relationship with anthropologist Annabelle Riggs… [and] convinced Waititi to shoot a glimpse of a woman walking out of Valkyrie’s bedroom.”

However, the bit was eventually cut. “He kept it in the film as long as he could,” wrote Rolling Stone, “[but] eventually the bit had to be cut because it distracted from the scene’s vital exposition.”

This is very typical of on-screen queer representation. From J.K. Rowling announcing Dumbledore’s homosexuality only after all the Harry Potter books were published, to the live-action Beauty and the Beast keeping its gay moment “subtle,” mainstream media is becoming more and more comfortable with queer representation – but only as along as it’s implied or off-screen.

Still, Thompson incorporated Valkyrie’s canon bisexuality into her reading of the character and the scenes. “There were things that we talked about that we allowed to exist in the characterization, but maybe not be explicit in the film,” she said. “There’s a great shot of me falling back from one of my sisters who’s just been slain. In my mind, that was my lover.”

(Both Kaila and I definitely interpreted the scene that way when we saw it, too – just given the way it was shot. But it still stands that the movie never made that explicit.)

With the damage of removing this moment already done, I do have one request: Blu-Ray and digital releases often include a “director’s cut” of the film, which I never, ever watch. So can we get a “canonically bisexual” cut, which I would actually watch, for this one?