Tesla Motors Allowed to Sell Cars in North Carolina, Because of Course They Should Be Allowed to Do That

The State House of Representatives shot down a bill sponsored by auto dealers that would have made Tesla's direct-to-consumer sales illegal in the state. 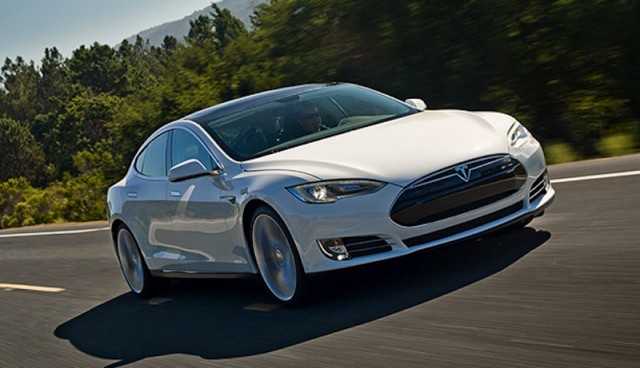 This week marked a big win for electric car manufacturer Tesla Motors as the company won the right to sell cars directly to consumers in North Carolina. While that may seem like a no-brainer — after all, what would you expect a car company to do other than “sell cars” — the company’s fate in the Tar Heel State was up in the air since a bill passed the State Senate last month that would have made it illegal for companies to sell automobiles directly to consumers in the state, a practice only Tesla currently engages in. Earlier this week, though, the North Carolina House of Representatives killed the bill, which had become increasingly unpopular. Probably because of how stupid and unfair it was on its face.

The bill, which was backed by the North Carolina Automobile Dealers’ Association (NCADA) would have made it illegal for the California-based car company to sell Teslas to consumers, meaning the company would have head to set up costly dealerships or bargain with existing dealers to sell cars in the state. If elected representatives bringing a bill like this to a vote sounds like rampant cronyism to you, it’s because that’s exactly what it was. Thankfully, the state House was having none of the bill, which came out of the Senate’s Commerce Committee in May, and while other parts of the legislation have been tacked on to other bills, the anti-Tesla language was DOA.

This bill’s timely demise probably doesn’t spell the end of Tesla’s troubles — the NCADA still wants to put an end to direct-to-consumer sales, and the company is facing similar challenges in several states, including huge markets like Texas — but it’s still one Tesla can chalk up as a victory, and may even mark a turning point for the company as it looks to confront similar challenges in the future.