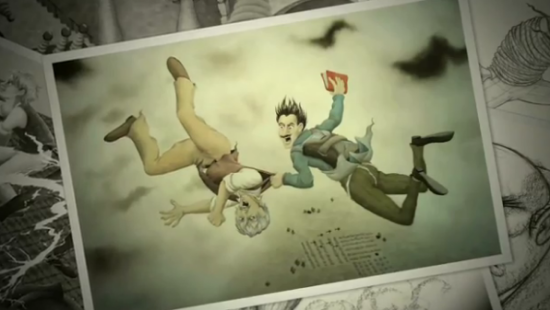 Two animation and science enthusiasts are trying to make every geek’s dreams come true. The guys behind Wood Goblin Studios have an Indiegogo campaign to fund the pilot of a cartoon about Nikola Tesla. To make it even nerdier and more perfect, his sidekick is Mark Twain, and they travel through time battling Thomas Edison, because of course they do. My only question about this cartoon is why doesn’t it already exist?

The project is being created as an entrant into the Comedy Central and New York Television Festival’s Short Pilot Competition, which will give 25 finalists a chance to pitch the show to Comedy Central development executives. The contest is bound to draw lots of entries, and there’s no way of knowing if this show will win, but don’t you want to live in a world where a pilot for a Nikola Tesla cartoon exists?

This show isn’t just the pipe dream of some kids with some Flash animation skills. Will Martinez and Zach Tolchinsky, the guys behind the project, have some real talent and an impressive collection of previous work. Recently they animated this TED talk about anti-heroes in literature:

They’ve also enlisted former Disney animator Akemi Gutierrez to be their lead animator and illustrator. Her credits include working as an assistant animator on films like Hercules and Pocahontas. The campaign is already well beyond the halfway point, and there are still 25 days left. So if you need any last minute holiday gifts, maybe make some donations in your friends’ names and make this show happen.

Rewards for contributors include signed artwork, phone calls from the voice cast, and a digital copy of the finished pilot. Those are all great, but sometimes just knowing you made a Nikola Tesla cartoon happen can be the greatest reward of all. Check out some of the concept art and more details in their campaign video: