Gaming Proves To Be Practice For Controlling Your Dreams 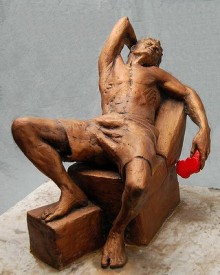 Leonardo DiCaprio should have done some serious gaming in preparation for his role in the upcoming dream-infiltration flick Inception. According to a recent study be Jayne Gackenbach, a psychologist at Grant MacEwan University in Canada, people who play video games on a regular basis are more likely to achieve lucidity in dreams.

But the gamer can only control as much as he or she could control in an actual game. Gackenbach found that gamers could for the most part only take control of themselves, guiding themselves through a world they had no conscious role in constructing. A later study then found that gamers were also less intimidated by nightmares, and would often fight back against the fear.

Gackenbach is currently examining the effects of violent video games on dreams. My prediction of her findings: they make the dreams way cooler.

So if you’re a gamer thinking of splurging on that newest diversion, maybe spend that time sleeping instead. It’s like a new video game to play every night, and they’re all free!