Honestly I feel bad for the flag. 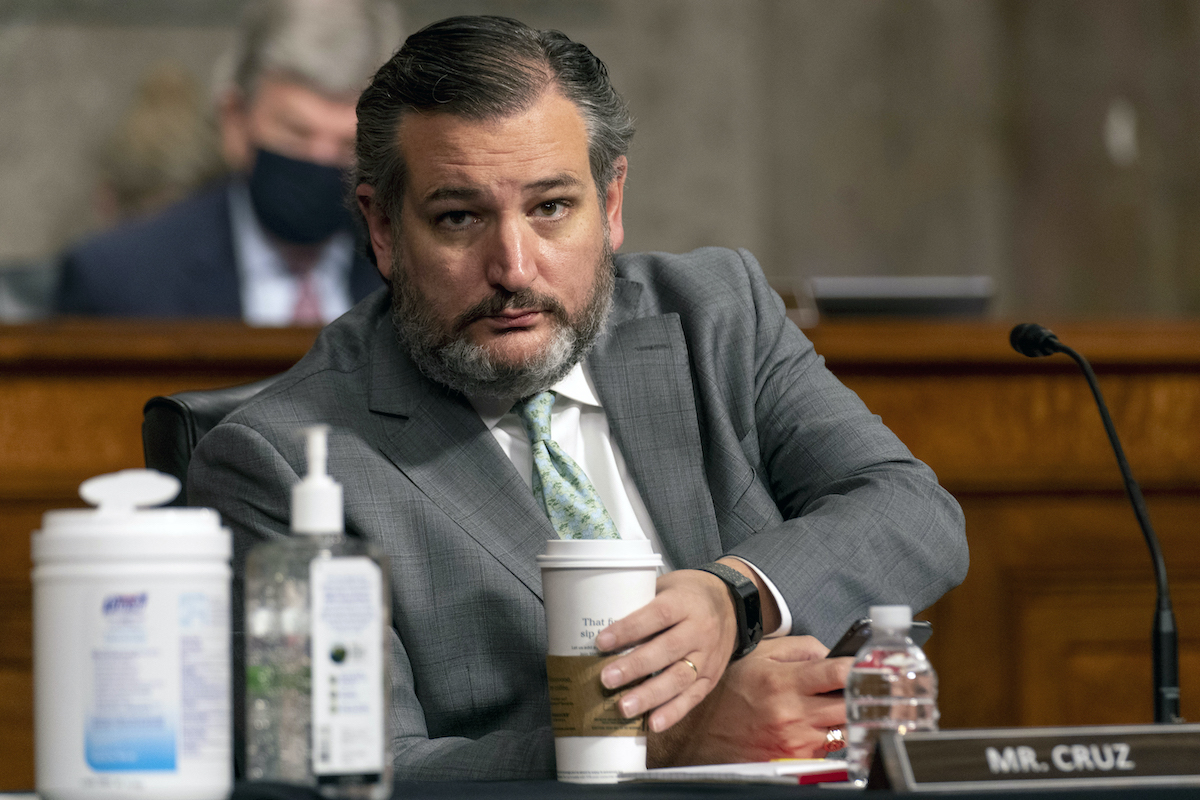 Senator Ted Cruz (R-TX) continues to embarrass himself on social media, this time by posting a video of himself reciting the pledge of allegiance to … absolutely no one. Just Ted, the flag, and one sad unpaid intern filming the whole thing on his Samsung Galaxy. Cruz wrote, “This didn’t use to be controversial. #flagday,” as if there is some sort of attack on the pledge of allegiance. There isn’t, and no one cares.

This didn’t use to be controversial. #flagday pic.twitter.com/azsUwItMGp

What people ACTUALLY care about is the power grid crisis that continues to plague Texas. The Electric Reliability Council of Texas released a statement asking Texans to conserve power, which includes a request to set their thermostats to 78 degrees or higher, turn off lights and pool pumps, and avoid using large appliances such as ovens, washing machines, and dryers. This comes after a devastating winter storm season which left millions without electricity and heat for days, resulting in an estimated 700 deaths.

Of course, at that time, Ted Cruz was busy flying to Cancun for a vacation while his constituents froze to death.

You would think that in the aftermath of such a devastating disaster, Texas politicians would rush to shore up their power grid to make sure nothing like this ever happens again. But they’re not: Texas Gov. Greg Abbott announced that he would be crowdfunding for a border wall instead of addressing his state’s energy crisis.

Ironically, Cruz tore into California for struggling with their own energy crisis during wildfire season:

California is now unable to perform even basic functions of civilization, like having reliable electricity.

And while California urged its citizens to conserve power for a few hours, Texas has yet to put an end date to their request that Texans not use appliances or air conditioning through a Texas summer. In the meantime, California has fully reopened and continues to dominate the economy. So pledge allegiance to THAT, Tedward.

Many took to Twitter to troll Ted Cruz for being, well, for being Ted Cruz:

Ted Cruz might use this #ERCOT power crisis to go down to EPCOT and demand answers, and no I did not spell ERCOT wrong that second time. (It’s just that, when Texas is in trouble, Ted Cruz goes on fun family vacations.)

Certified election results didn’t used to be controversial, you traitorous twat, @tedcruz. Neither did defending your father and your wife. https://t.co/70Chg1E4oG

After today’s ERCOT announcement, I wonder if @TedCruz would like to change his tune.

Or is he too busy booking a trip to cancun? https://t.co/IszVtAGfdh

Ted Cruz’s own Texas is warning about power outages in summer. https://t.co/rdt91TTlUQ

I spoke to an American flag yesterday and it told me in confidence that it hates Ted Cruz.

Did @tedcruz bring his flag along with him to Cancun when he fled Texas while his constituents were without power, water and were freezing?#FreshVoicesRise pic.twitter.com/w3v4YCtSig

Just checking in about this, @tedcruz. pic.twitter.com/uRWexLLWft