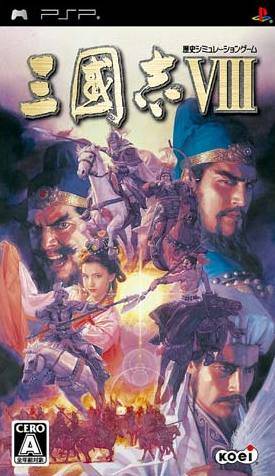 Someone’s getting fired over at TecmoKoei. The Japanese video game publisher released an updated version of their 2002 turn-based strategy game Sangokushi VIII yesterday, or at least they attempted to. Players were frustrated to find that the game they purchased was not Sangokushi VIII at all, but rather the its predecessor, Sangokushi VII. It must have been a rough day at the office over at TecmoKoei today.

You may know TecmoKoei from games such as Dynasty Warriors, Dead or Alive, and Fatal Frame. The Sangokushi franchise was released in the US under the title Romance of the Three Kingdoms and consists of a whopping 12 games. I’m especially fond of the description of the games featured on Wikipedia as a “series of turn-based tactical role-playing simulation grand strategy wargames.” Sounds complicated, right? Well, even TecmoKoei has trouble keeping the series straight.

Sangokushi VIII had the right casing, manual, and UMD graphic; just not the right game. Folks who bought the game for 1,800 yen (roughly $22) and popped it in a PSP were greeted with Sangokushi VII’s title screen. TecmoKoei has halted sales of the defective game and promises to provide customers with the correct game.

Quite a mix-up indeed! But it does make you wonder. What if this happened to Microsoft? What would happen if instead of up-coming Halo 4, we got ODST? There would be riots! Gamers from around the country would travel to Microsoft Game Studios’ Redmond, Washington HQ and end up burning the city to the ground. The National Guard would be called in but the numbers of the gamers would be too great. Trained as ruthless killing machines from years of Slayer, the Halo enthusiasts would soon cover the nation, leaving only destruction in their wake. Yeah. That’s how it would happen.