Technology Waits For No Man, Not Even A Computer Programmer 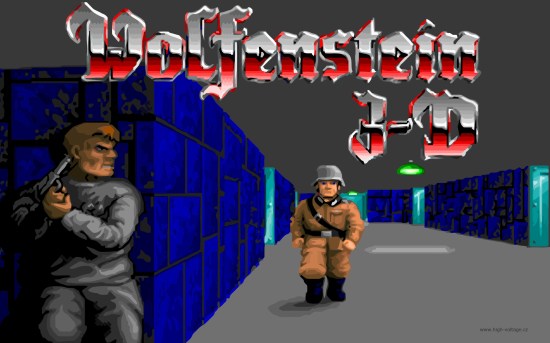 The world of technology waits for nothing. It’s probably not news to you that we’re innovating, creating and developing new technologies faster and faster as years go by. For example, new interfaces can lead to entirely new ways to interact with objects, both domestically and otherwise. But even with the accelerated growth in the technology sector that we’ve seen just during our lifetimes, trying to actually gauge that from our own perspective is almost impossible. We’re just too close to the action.

Perhaps, then, a story of my childhood, my father the computer programmer and Wolfenstein 3D can successfully relate just how quickly things manage to move and how little we often recognize it ourselves. Sometimes, it takes the experience of watching it happen to another person in order to fully appreciate the circumstances we live in.

My father is not the kind of person who grew up and just happened to be into computers. He didn’t luck into the technology field; he trained to be an electrician many years ago at a technical school because he knew the pay was good and his family needed the money. It did, however, turn out that he was particularly talented at what he did.

Eventually, this brought him to the emerging world of computers. It’s not exactly important how he ended up there — though it did involve a trip to Greenland — but suffice it to say by the early 1980s, my father was a computer programmer. Of course, this set him up to be right in the thick of things when computer gaming really started to catch on.

By the time I was 9, we had multiple personal computers in the house. Now, I can’t say with any real knowledge as to whether or not our copies of Windows 95 and things like Wolfenstein 3D were legitimate. All I knew at the time was that it was incredibly exciting to play and shoot things. Perhaps not the best parenting in the world, but it still stands out as some of my favorite memories of my father and me together.

We moved on from there to Doom, Doom II, Myst; my father loved these games and shared them with his children. Myst became somewhat of an obsession while Doom II was the first time my brother and I played a single game together while being in different rooms. We’d yell back and forth, causing my father to chuckle in the living room, while we slaughtered the demons from Hell.

He never did stop programming. He’s been doing it, and learning new languages to code in, for close to 30 years now. The hardware and software of it all he understands fairly well. The computer I’m typing this on? He built it, installed the operating system and did the first backup. It’s not like he’s taken a backseat to the rise of technology; he’s been on that ride the entire time. He even manages to stay informed on the current gadget trends.

But at some point, he lost contact with the ever-onwards progress of interfaces, controls and their applications to video games. The last game my father played prior to this year was probably Riven, the sequel to Myst. Even that he didn’t complete, though who could blame him as that was one arduous puzzle game.

When his newest video card came with Far Cry 2, admittedly not an easy game, he was excited to give it a go. But then he couldn’t manage to get out of a vehicle, among other things. This went on for a few hours before he finally asked for my help and I carefully walked him through the various steps that any good tutorial would pace through. He still had issues crop up even after that.

Later, I’d get him to try Mass Effect 2, which he loved and was terrible at. He thoroughly enjoyed it, being a great fan of things like Star Trek, but couldn’t manage to grasp how he was supposed to work the avatar presented before him and thus interact with the world he saw. That’s not meant to be disparaging of my father — instead it’s meant to comment on the complexity of the technology we use on a daily basis and the assumptions we make for new users.

If a computer programmer can’t manage to keep up, perhaps we’re too quick to write off everyone else.