Glu Mobile, Creators of Kim Kardashian Hollywood, Have a Taylor Swift Game in the Works

Whether you found Kim Kardashian: Hollywood to be a surprisingly subversive treasure or just a micro-transaction-fueled time-waster — not that it can’t be both! — that game undeniably made its developers Glu Mobile a whole lot of money last year. (It also probably served Kim Kardashian’s wallet pretty well, not that we know how much of a cut she got.)

It’s no big surprise, then, that Glu Mobile has decided to capitalize on that formula by creating more games based on the likenesses of popular celebrity women. Glu’s long since announced their upcoming Nicki Minaj game, and today we hear they’ve got a Taylor Swift game in the works as well. Niccolo de Masi, Glu Chairman and CEO, sounds pretty gosh darn excited about the company’s partnership with the Grammy-winning musician:

Bringing with her over 227 million social followers, I am thrilled to welcome Taylor Swift, an award-winning singer, musician and songwriter, to Glu’s family. We realize that Taylor and her global fan base expect a new and highly differentiated mobile gaming experience. Glu is equally committed to designing never-before-seen gameplay elements that utilize Taylor’s unique creativity. Accordingly, we will spend the required development time to ensure this innovation is achieved.

See how Glu kicked off by reminding us all how many Twitter followers T-swift has got? They’re gonna need all those downloads. According to GamesIndustry.biz, Glu Mobile’s in a bit of a tight spot right now. The company recently had to lay off 50 people this past December due to having a difficult second half of the year in 2015. Kim Kardashian: Hollywood was undoubtably the company’s biggest success: 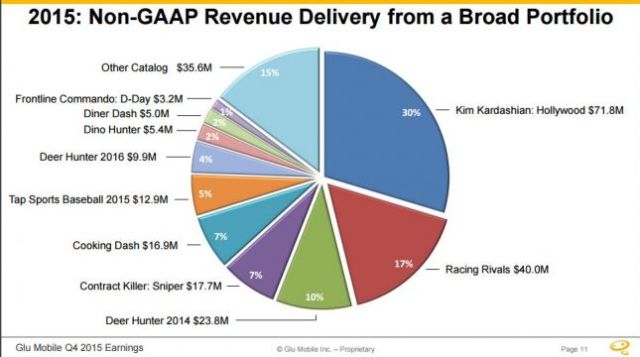 But that success has proven to be hard to replicate. A celebrity partnership clearly isn’t enough to make a game succeed, even if it did seem to work for Kardashian’s title. Did you know that Glu recently made a Katy Perry game? Yeah … I didn’t know about it, either, and apparently it didn’t do so well. It’s interesting, then, that the company would take a chance on a Taylor Swift game after seeing Katy Perry’s game fail. How’s that for “Bad Blood”? (Kidding, kidding.)

I’m still excited to see the Nicki Minaj game, in part because Minaj will be creative-directing. I’m curious to see what comes out of that partnership. As for a Taylor Swift game … I just can’t picture that one holding my interest, but you never know. With the right writers, it could be great! I have a bit of a soft spot for Glu, because I actually enjoyed Kim Kardashian: Hollywood a lot. I want to see them continue to make weird, funny games.

What do you all think? Which celebrity would you like to have as your virtual bestie, by way of Glu Mobile?

(via Nerdist, image via Giphy)