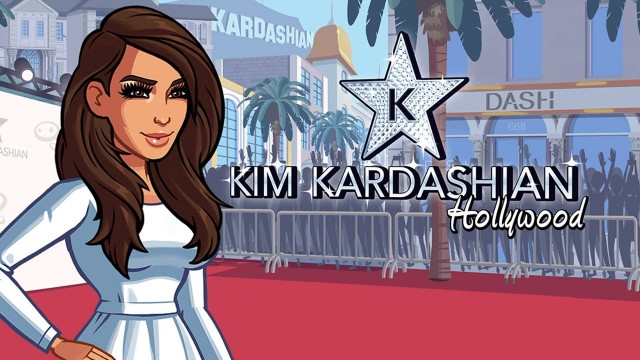 Whether you dig the Kardashian clan or not, it’s undeniable that they are a marketing force to be reckoned with. They’ve even had an impact on the world of gaming. The Kim Kardashian: Hollywood app has been installed over 23,000,000 times since it debuted in the summer of 2014, and grossed over $43.4 million in the third quarter of that year alone, which is more than ten other Glu Mobile apps combined. Most interesting of all is that the game’s popularity points to an underserved market for games specifically geared toward women.

Brenda Bailey Gershkovitch of the Vancouver-based game developer, Silicon Sisters, turned down the property when it was first being shopped around years ago. In an interview with gamesindustry.biz, she describes what led to that decision:

At that time they were pitching it as a Facebook game, and I couldn’t see how that would happen, what it would look like and how you would create a game with that brand. It was tricky for a couple reasons. One, my studio is really about high-quality games that are positive for girls, which presented a challenge in terms of who Kim Kardashian was and whether that would be a positive experience. At the time, what she was known for was that sex tape. So there was some question about brand match. The other issue was that we couldn’t figure out what the fantasy was.

However, now she acknowledges that the Kardashian game is changing the way people think about the demographics of gamers. More importantly, it shows a viable, financial success in this arena, which is more important to companies than “doing the right thing”:

I think it’s cracked open a new, important door. Whether or not you like that door, it’s a game-changer. Without [the financial argument], you’re just arguing for people to do the right thing, that’s not very motivating. Sadly, most people in a decision-making capacity in business are not making decisions about doing the right thing; they’re making decisions about the bottom line… Speaking as a business person, I can tell you that’s a much more powerful argument than, ‘We make better-quality games for girls because it’s the right thing to do.’

Gershkovitch will be speaking at the Montreal International Game Summit on November 17th to talk about the issues surrounding games geared toward women and girls, so you should definitely check her out if you’re going to that event.

However, I did want to address something that’s always bugged me about the conversation surrounding the Kardashians. Let’s take a look at this snippet from a Vanity Fair article about the Kim Kardashian: Hollywood app:

This means that “Kim Kardashian: Hollywood” users have spent nearly six billion minutes hypnotically tapping at their iPhone screens. That’s six billion minutes spent picking out fictional crop tops, attending virtual photo shoots, and sinking hard-earned money into a game in the hopes that the cartoon-character stand-in for an E! reality star will accept them into her social circle. That is six billion minutes that these users could have spent developing their own lucrative app or, hell, even selecting actual outfits, which somehow sounds worlds more productive than its Kim Kardashian: Hollywood counter-pastime.

It’s interesting that the fantasy of the Kardashian app — picking out clothes, doing photo shoots, etc. — is so frowned upon. Meanwhile, the fantasy of shooting people in the face, or beating them senseless, or having dangerous adventures is not seen as a waste of time. Going down the rabbit hole for hours and hours in a game like Call of Duty, or Mass Effect, or Bioshock is totally accepted. But losing yourself for hours picking out clothes…isn’t.

Setting aside the fact that none of these interests should be gendered anyway (men buy clothes, women shoot guns, etc.), it’s hilarious to me that stereotypically “male” interests are seen as valuable or at least neutral, whereas “female” interests are positioned as superficial fluff. People write about hating the Kardashian clan for their superficial values, but Donald Trump can have a reality show that glamorizes corporate capitalism and greed and no one bats an eye. The male-dominant Duck Dynasty clan has to have a family member be an out-and-out homophobic racist before anyone calls their family duck-calling business into question. But God forbid you love fashion!

What’s more, people keep bringing up the sex tape – YEARS after it happened. I wonder if Ray J (Kim’s partner in the tape – you know, the guy who was filming it) keeps having it brought up in relation to him. I wouldn’t know, because I’ve never once listened to his music. I’m sure someone has somewhere. The point is, no one brings up the fact that the Kardashians are running an empire right now. In addition to the TV show, they’ve got their chain of stores, their clothing line, their fragrances, and various other business endeavors — including this game — that only get more and more successful.

I’m not saying anyone has to like the Kardashians, but I do think they get an unfair amount of internet hate that seems gendered to me. Men get to have reality shows where they live out “male fantasies,” and it’s fine. But if women create a reality show where they live out “female fantasies” (which — shocker — even includes “male” things like owning and running businesses), and they get shit for it. And this translates to gaming. People don’t think that games that appeal to women — games that are usually said to be for “casual gamers” like Candy Crush Saga, or even larger indie games like Journey or Life is Strange — as being “as good” as “real” games, which usually involve guns and violence. Maybe it’s time we reexamine that.