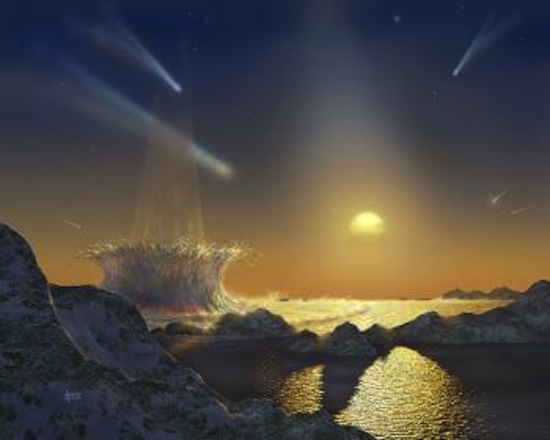 Astronomers have discovered five new planets orbiting the nearby star Tau Ceti, and there’s even better news — one of them could potentially support life one day. While there are a couple things to be excited for, that’s a big “potentially.” What’s more, it’s not  as if “nearby” is not exactly down the block in absolute terms. At just 12 million miles away, though, it’s just a stone’s throw away, as far as the cosmos are concerned. Considering that we’re running out of ways to doom this planet, it’s never too early to start looking for a new one to ruin a little farther down the line.

Tau Ceti is one of the Sun’s nearest neighbors, but until now, no planets could be confirmed to be orbiting the stat until recently. With a new batch of data on hand, though, researchers reanalyzed over 6,000 spectrograph images, finding subtle suggestions that Tau Ceti is, in fact, hosting something of a planet party.

One teams thinks they’ve found five new planets orbiting the star, including one in the so-called Goldilocks Zone, where conditions are not too hot and bright and not too frozen and dreary.  Not much else is clear about the planet — it could be rocky or watery, as far as anyone knows — the one thing we do have a very good guess at itt just over four times as large as Earth, if observations on the planet we fouble are confirmed be the smallest habitable planet found yet.

The study also provides a boon to researchers, who have more and more reasons to believe that many, if not most, stars in our galaxy host planets — which often involve includes a habitable planet. It’s preliminary right now — there no reason that our space travel technology could get us there to find out more about in less than a few generations, even if it turns out the planet could support life. We’ll leave those building those habitats for the next phase of humanity, but that’s no call for not getting excited about what other people may one day get to do.