Doctor Who Lantern | The Mary Sue 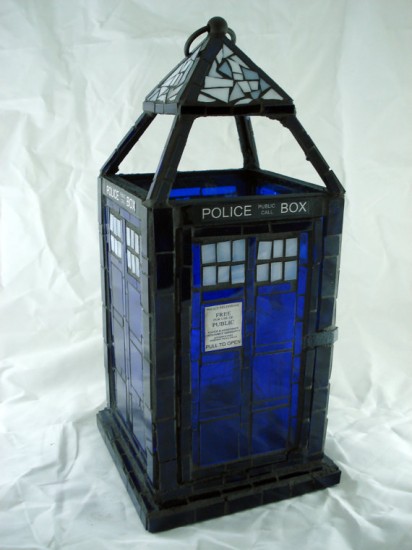 Pieces of My Art on Etsy is offering this lovely mosaic TARDIS lamp. Candle not included. Candle larger than the inside of the lantern not included.