It Belongs in a Museum: Two Tyrannosaurus Goin' At It 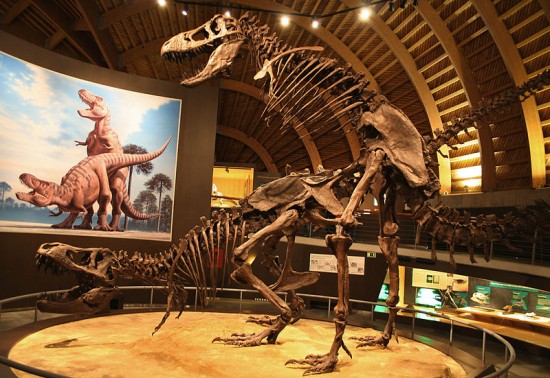 In addition to sporting a massive collection of dinosaur remains and replicas, the Jurassic Museum of Asturias on the northern coast of Spain also has a display that features two copulating Tyrannosaurus rex. How about that?

Of course, the orientation of the two dinosaurs on display is a complete guess. Even after decades of study, paleontologists are still divided on how to determine the gender of T-rex remains. We can all agree on thing, though: Those tiny arms look even sillier in this context. Now excuse me while I book a flight to Spain right after I swing by the Icelandic Phallological Museum.