McDonald's Is Bringing Back the Szechuan Sauce | The Mary Sue

Thanks to Rick and Morty, McDonald’s Is Bringing Back the Szechuan Sauce 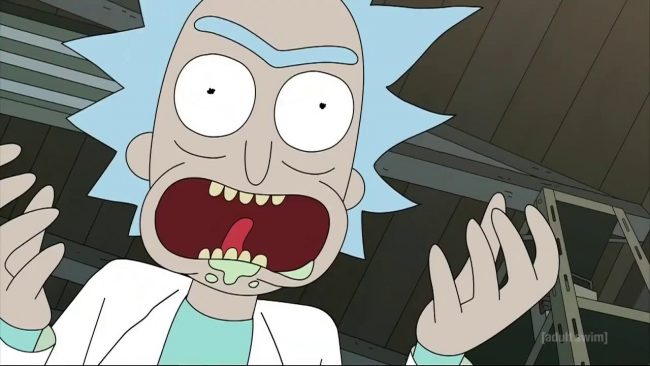 “I’m driven by finding that McNugget sauce. I want that Mulan McNugget Sauce. That’s my series arc, Morty. If it takes nine seasons, I want that McNugget Szechuan sauce.” These words launched a thousand online campaigns from Rick and Morty fans to McDonald’s, in search of this magical dipping sauce mostly lost and forgotten by time.

The fast food chain brought back a few gigantic bottles not too long ago for Justin Roiland and some lucky fans, leading to some really intense bidding wars. However, it appears they’re going for a more democratic release soon, temporarily bringing back the Szechuan sauce as part of their “Obsauced” promotion. (They’re also giving away “1,000 screen-printed posters depicting its full dipping sauce lineup.”)

It’s still going to be pretty limited though, so be prepared to throw some elbows. The site writes:

“On Oct 7, together with the collectible sauce-themed posters, we’re also giving away a one-time only, limited-edition, run of Szechuan Sauce in select restaurants. And when we say limited, we mean really, really limited! Click below to find out which restaurants will be giving away* the posters, and the select few of those that will also have the Szechuan Sauce on Oct 7.”

The only small difference is that it’ll come with Buttermilk Crispy Tenders instead of its classic Chicken McNuggets, but that’s an easy addition if you’re particular about your sauce experience.

Oh…did-did you guys want this? 😜 Szechuan Sauce…on a poster & maybe your taste buds: only on 10/7. Full deets at https://t.co/7WUSDF1C3vpic.twitter.com/eT4PxW3fEi

The campaign even has personality descriptions based on your preferred sauce, and the Szechuan one knows exactly who’s looking, describing the individual as “Complex, Impulsive, Determined”:

“Szechuan Sauce fans are typically incredibly motivated, born winners that combine a sweet disposition with a slow burning heat. When these people set goals (or make outright demands), they tend to achieve them. Sometimes, their impulsivity can get them into all sorts of hijinks, but their mad genius is their portal out of trouble. They truly put the ‘I WANT THAT SZECHUAN SAUCE’ in ‘Buttermilk Crispy Tenders.'”

Are you going to be lining up for that sweet Szechuan sauce?