Sylvester Stallone on the Possibility of a Girlfriend-Centric Expendables 3… with Sigourney Weaver. 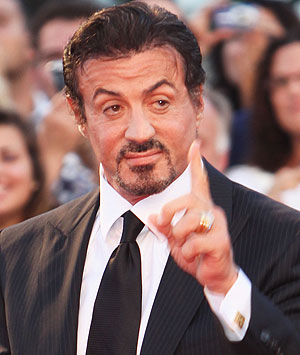 “There’s another combination, and it involves girlfriends. Say I got divorced, say I am married to Sigourney Weaver, then she gets half the Expendables, she gets what I call The Expendabelles. So I need help and I have to go to her. And I’d like to have like Michelle Rodriguez, Gina Carano. It’ll be something like that, very different. — Sylvester Stallone describes one of his ideas for The Expendables 3.” The other involves robots.

I’d be 100% onboard with Sigourney Weaver in The Expendables 3 (or The ExpendaBelles, for that matter), but she’d better be the star, not the main character’s ex-wife. What are you thinking, Sly?!

(I should note here that The Expendables 3 is different from The ExpendaBelles, which in turn is a separate film from the unnamed lady-Expendables flick that Gina Carano is starring in. Michelle Rodriguez doesn’t want in on any of ’em. I know, I know, it’s all very weird.)