Five out of five flying saucers 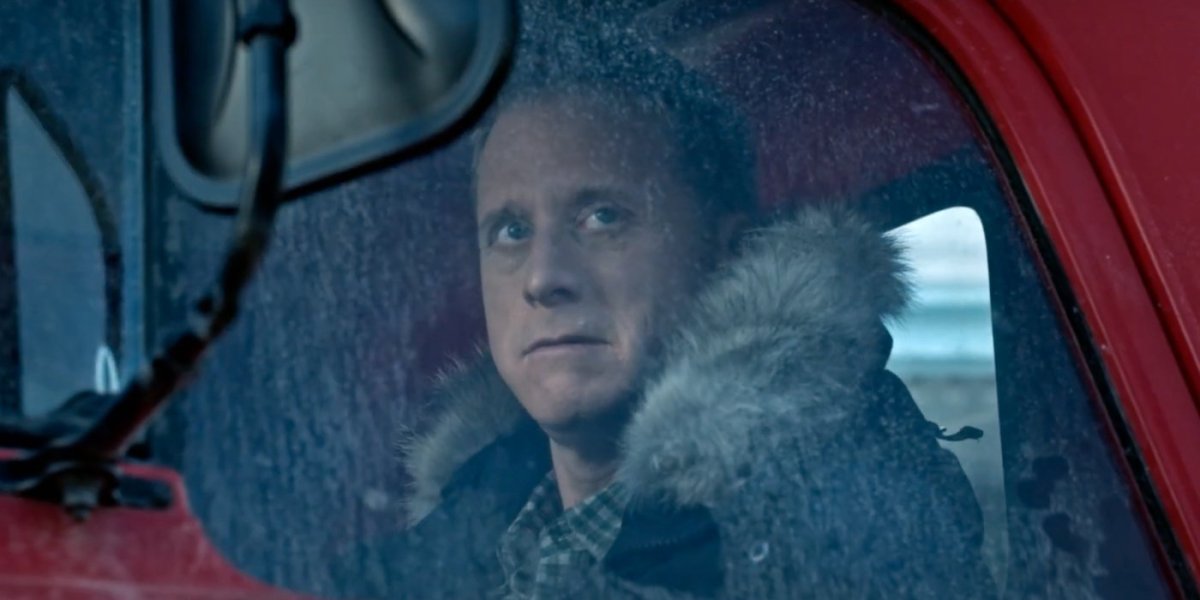 There are a lot of shows that live and die by their casting. Characters that are fun on the page can be a bore with the wrong actor, and conversely, a character that probably shouldn’t work at all can soar with the right talent in the part. There’s an alchemy that happens when a fun script meets a great performer that just gets you instantly invested, and that’s what we get with Syfy’s latest original series, Resident Alien, which gets so much greatness from the casting of the legendary Alan Tudyk.

Based on the Dark Horse comic of the same name, Resident Alien sees Tudyk as Dr. Harry Vanderspeigle. Well, sort of. Tudyk plays a stranded alien who has taken on Harry’s face after finding himself on Earth and, well, killing the real Harry. Things are fine for Harry since he’s found himself in a cabin on the edge of the small, remote town of Patience, Colorado and he can avoid most lifeforms. He’s a bit awkward given that his main knowledge of human language and culture comes from Law & Order reruns, which means he’s called in to solve the murder of the town doctor. Thus begins the mystery and Harry himself is forced to integrate with the town.

Harry as a character is rather abrasive and arrogant, sort of like if Dr. House was well, an alien, and he’s not as good as he thinks at fitting in with humans. Also, he has a tendency to try and kill them, or at least not find much value in their lives until he starts getting to know the townsfolk. From suspicious Sheriff Mike (Corey Reynolds) to earnest Mayor Ben (Levi Fiehler) to bartender D’Arcy (Alice Wetterlund), the town is full of interesting folk. That includes a young boy who can see Harry’s true face, which is not great for his plans.

My favorite character by far is Asta, played by Sara Tomko. She’s the clinic assistant to the dead doctor and subsequently to Harry as he finds himself filling the victim’s vacancy. Tomko is just as charming as Tudyk is weird and she made me instantly root for Asta to get through to Harry.

This show is a lot of things. It’s a crime show, it’s a fish-out-of-water comedy, it’s hard Syfy, all sprinkled in with small-town quirks. All of these things might not work together, especially with a slightly rude and murderous lead character, but it does and that’s in huge part thanks to a fantastic cast lead by Tudyk.

Harry is so weird and funny and so very not human, it’s amazing to watch, and Tudyk, long a genre fan favorite, is so funny. I honestly haven’t laughed out loud at a pilot this much in a long time, as a specific scene with Harry looking up some unfamiliar terms on a cell-phone was a highlight for the pilot. But Tudyk can also be terrifying and he walks the lines between scary, endearing, and amusing so well that it’s just a masterclass.

I’m really excited to see where Resident Alien goes and to keep watching Tudyk and co. have so much fun with the material. There are some big reveals I won’t spoil, but there’s certainly more than one mystery to solve and I hope the show keeps up the great mix of science fiction and comedy that makes the pilot so entertaining.

Resident Alien premieres tonight and airs Wednesday at 10:00 on Syfy.