Survey Tricks Folks Into Crafting Compelling Arguments Against Their Own Opinions 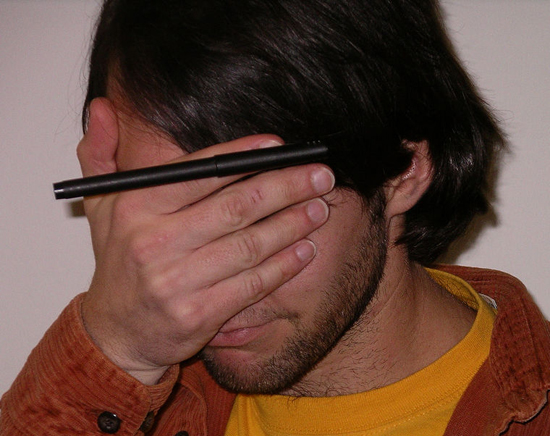 If you’ve ever read comments on, say, a political website, it can appear that folks in general really aren’t willing to see any viewpoint other than their own. They can almost seem incapable of fathoming how someone could hold an opinion opposite the one they have. As it turns out, people actually are a lot more flexible than that, and not in a yoga kind of way. Well, maybe also in a yoga kind of way, but not just. Researchers in Sweden managed to get people to support opinions opposite of the ones they originally held by tricking them into thinking they supported them in the first place.

Lars Hall, a cognitive scientist at Lund University in Sweden, led the research team that pulled the old switcheroo. They polled 160 volunteers with a survey consisting of 12 questions spread out over two pages, but the first page included a secret hidden set of variant questions just under the original. When the volunteers pushed the page back to read and answer the second page, a patch of glue pulled the original answers off to reveal the layer underneath. The catch? Two of these questions were reworded to support a stance opposite what the original question asked.

As an example, if the original question had been something like, “Piracy on the Internet is a major issue that does need to be regulated,” the shifted question might change the “does” to “doesn’t,” thus making the volunteers’ responses seemingly agree with the viewpoint opposite their own. The participants were then asked to read three questions aloud, two of which were the sneakily shifted ones, and discuss their answers.

Around half of the participants didn’t even notice the change, 69% accepted at least one of the hidden statements, and 53% happily argued in support of what actually was the opposite of their original stance for at least one of the changed questions. To the researchers, this effect — called choice blindness — suggests that people often have much more complex opinions than realized. They shift and change, and can easily be manipulated.

Unfortunately, Inception is still only a movie.

(PLoS One via Nature, image via stop crying, kid)