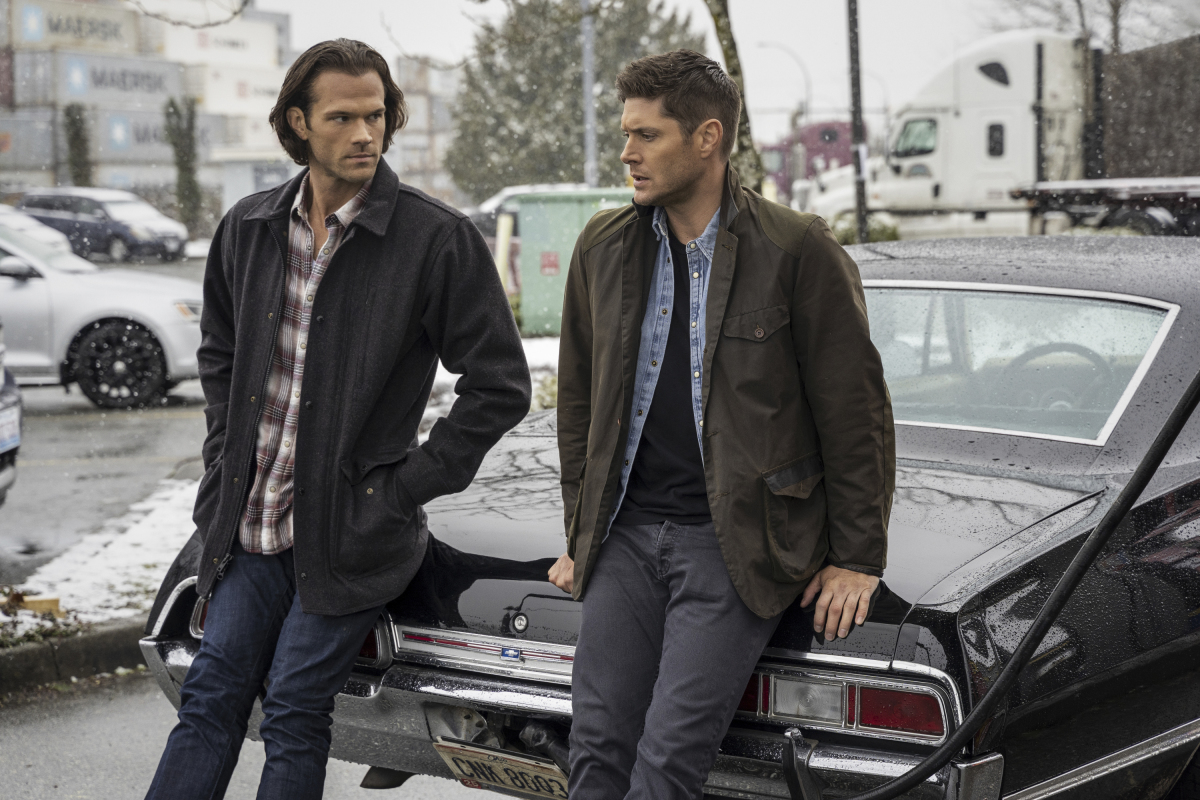 The end is here. Well, the beginning of the end. After a long delay in finishing the filming of their fifteenth and final season, Supernatural begins its final run of seven episodes, starting tonight.

But where did the final season leave off? Season fifteen premiered over a year ago now, and it’s been about, oh seven months since a new episode of Supernatural hit the airwaves (the longest hiatus in the show’s history!) and even I, a Supernatural super-fan, was a little foggy on where we left things. Thankfully, the kind folks at the CW cooked up a recap for us.

All good? No? You want more?

Okay, so we started the season with all of hell literally breaking loose, thanks to Chuck (aka God) throwing a little tantrum and killing Jack. Dean, Sam, Cas, and Rowena were able to close the tear though … at the cost of Rowena’s life. Also, Jack’s dead body was possessed by a demon who tried to trick the guys. It failed. After all of that, everyone was depressed and Cas and Dean broke up for like the 17th time. Boo.

But most of that stuff worked out as the season went on! Cas came back because Sam was kinda-sorta dying from the wound he shared with God, they all determined that the demon tablet might help, and ended up popping down to hell (where Rowena was now queen!) to get some aid from Michael (the one from this Earth). Michael, sharing a body with the Winchester’s long-lost half brother Adam, was reticent about helping but eventually gave the guys a spell to trap God. Meanwhile, Sam has made a love connection with Eileen, the hunter who was back from the dead … and unwillingly acting as a mole for Chuck.

Chuck trapped Sam and Eileen, and convinced Sam to lose all hope of defeating him by showing Sam the future with him gone. Full of monsters and death and vampire Winchesters. This pretty effectively ended the relationship between Sam and Eileen by the way, all while Dean and Cas worked on Michael’s spell. That involved the hunter and his angel going to purgatory and finally working out their issues thanks to a tearful prayer from Dean. So sweet.

Not so sweet: the gang lost a lot of hope when they discovered that Chuck couldn’t be killed or trapped without the world turning into monster land, but luckily Billie (aka Death) was on it and has read God’s fate. She’s hatching a plan that started with Jack coming back from the Empty, but to get strong enough to kill God, he had to eat a few angel hearts (ew). At least in the most recent episode, Jack got his soul back. This means he has feelings and a conscience again (basically he switched parties from Republican to Democrat) which can be rough.

So that’s where we are. The family is back together, for now. Rowena’s ruling hell. Michael and Amara are still on the board, but they’re off in unknown locations. And yeah, Cas still has that pesky deal with the Empty hanging over his head where the moment he’s most happy the cosmic entity will gobble him up.

That’s all the plot you need to dive into the new episode tonight, which will see the boys dealing with a wood nymph in the bunker who helps them celebrate all the holidays they missed as kids. But it’s been so long since we’ve seen a new episode of Supernatural … don’t you want to experience this with friends? Or maybe … the whole goshdarn cast? And Eric Kripke even!?

That’s right, the cast, including Jared Padalecki, Jensen Ackles, Misha Collins, Alex Calvery, Ruth Connell and so many more are hosting a watch party online! And it’s for a good cause: to remind the SPN Family to VOTE!

The cast will be joined by some heavy political hitters too, who also happen to be Supernatural fans: Senators Cory Booker and Doug Jones, former presidential candidate and now Biden campaigner Andrew Yang, and Texas Senate Candidate MJ Hegar.

Want to join a Zoom watch party with me, the boys & our cast mates for #Supernatural’s return? We’ll be starting early at 7:30 PM PT to talk about saving the world by voting with guests @CoryBooker, @AndrewYang, @DougJones, @mjhegar, & more! https://t.co/NM35tDyEHM #SPNVotes pic.twitter.com/REZI1E1VoT

You can register to join the Webinar/Zoom party here. And you can watch the all-new episode of Supernatural tonight at 8:00 pm (7 central) on The CW.