"Leave, before I throw you into holding for fun." -Maggie 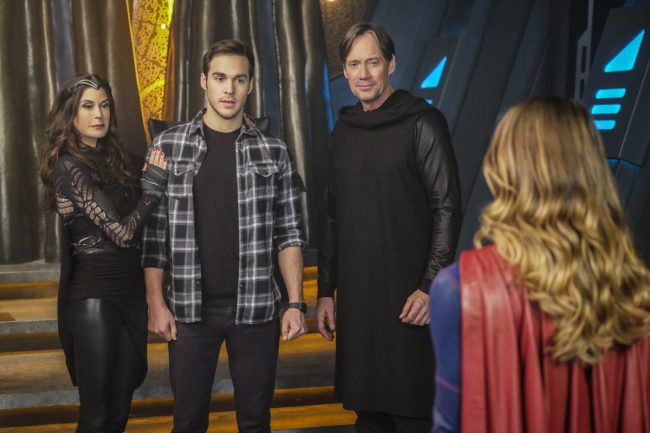 This week’s episode of The CW’s Supergirl was all about secrets and lies in relationships. Kara and Mon-El’s relationship is put to the test when his parents come into town, and Kara learns the truth about his upbringing. Meanwhile, Winn and Lyra hit a rough patch when an evening of “divine museum sex” turns into a surreptitious art heist. Former Lois Lane, Teri Hatcher, and former Hercules, Kevin Sorbo guest star as Mr. and Mrs. Mon-El’s Parents in Season 2, Episode 16: “Star-Crossed.” 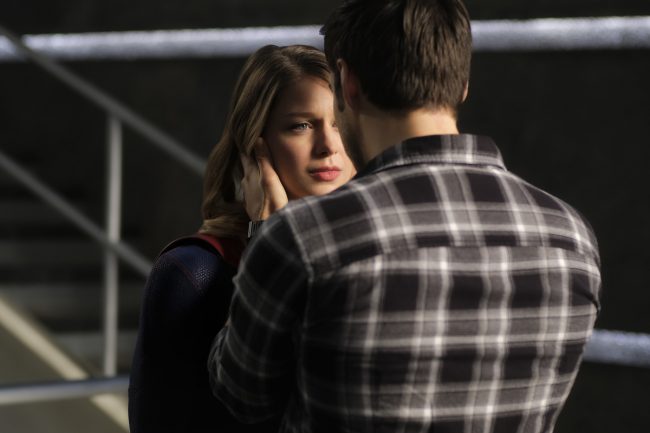 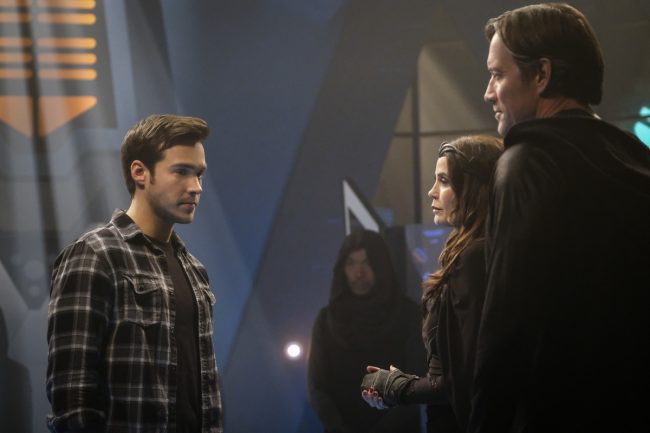 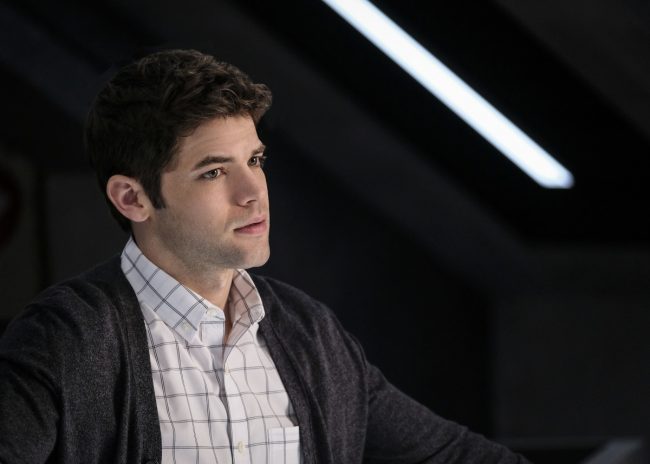 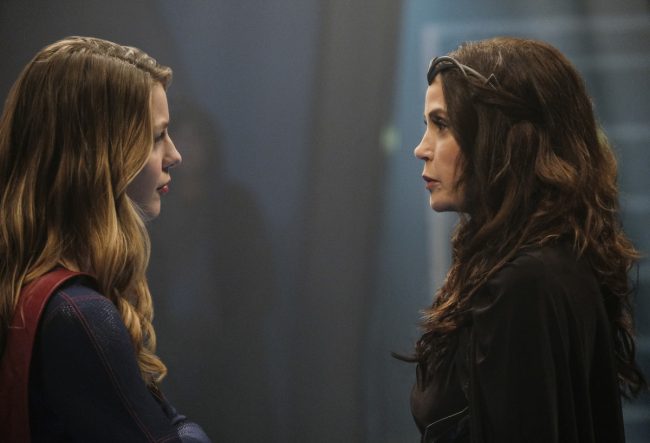 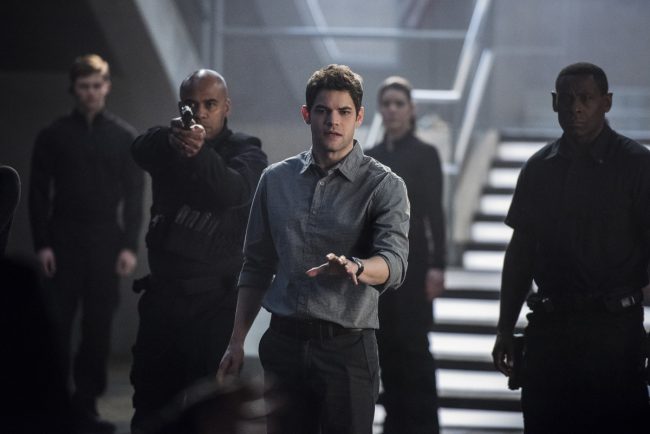 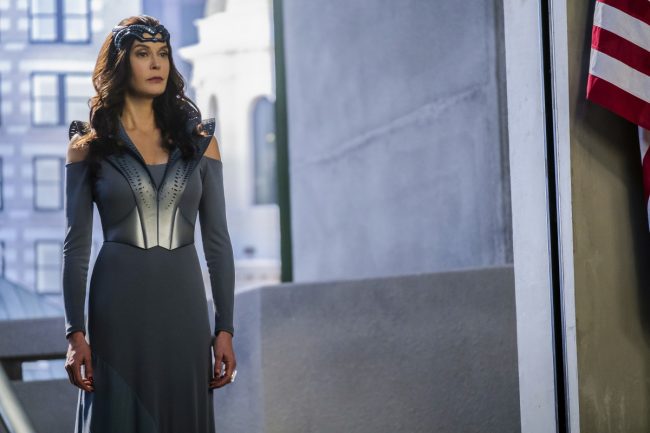 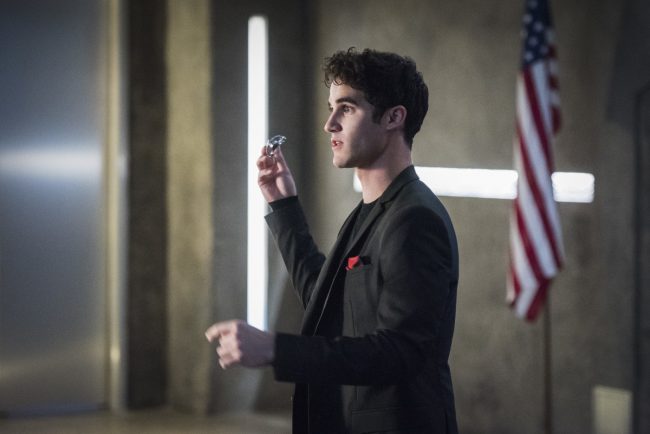 There was an interesting juxtaposition between Kara’s story and Winn’s story in “Star-Crossed” to explore themes of forgiveness, secrecy, and the importance of family, though their situations weren’t a perfect comparison. Whereas Lyra was lying to save her brother, Mon-El was withholding the truth to protect himself. What bothered me most in the episode was that, whereas Winn was able to forgive Lyra despite her setting him up for a crime, Kara was unable to forgive Mon-El, even though his own story is his to tell and define.

Was it wonderful that he kept a secret like that from Kara? Of course not. But had his parents not come looking for him, his withholding that information from her would not have affected her in the slightest. Everyone is entitled to a certain level of privacy, so long as keeping certain things secret doesn’t hurt someone else. He wasn’t lying about who he was, he was lying about his circumstances. His feelings, his personality, none of that changed. In fact, his experience of leaving Daxum and meeting Supergirl turned him into the person that fell for Kara.

And when his secret was going to allow for Kara to be hurt, he spoke up. And yes, he was likely going to go up to his parents’ ship alone, tell them to go away, then make up some story about who they were and what they wanted. Somehow, that seems less harmful than Lyra nearly landing her boyfriend in jail by sucking him into crime.

I love the set up of those two scenarios. What bothered me was Kara’s response. 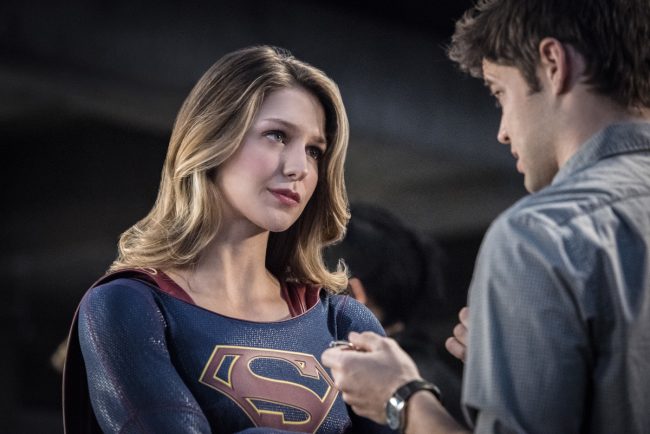 Kara’s entire character on this show has been built around seeing the point of view of villains. Season One saw her getting into the heads of all manner of criminal to talk them down from whatever they were doing. Season Two Kara, apparently holds grudges, can’t get past her hatred of Daxum no matter what she does, and doesn’t have the compassion or the willingness to even try and see anything from Mon-El’s perspective, someone she purports to care about.

Even worse, when she breaks up with him for withholding his own past from her, she tells him that all he wants is for things to be easy and lectures him on relationships being hard work. Then, rather than try to forgive him, she breaks up with him, taking the easy way out. Because forgiveness is hard.

Those who live in glass houses should not throw sunstones, Kara.

As much as we’re supposed to be on Kara’s side, it’s difficult not to think that Rhea and Mon-El have a bit of a point about Kryptonian self-righteousness. Kara expected Snapper to accept her stories, but she didn’t expect to actually have to be a journalist with ethics n’ stuff. Kara expects to be the arbiter of who gets to be a hero in National City, but often refuses to take advice when her performance is less than stellar.

This stubbornness and self-centeredness definitely has roots in the comics. Teenage Supergirl has historically been more impetuous and determined to do things her way than her famous cousin, in large part because of her age. However, I’m not entirely sure how successfully it’s being explored on the show with an adult Kara. On the show, her constant flipping back and forth between compassion/empathy and being super-judgmental feels inconsistent, and seems to have gotten worse this season. 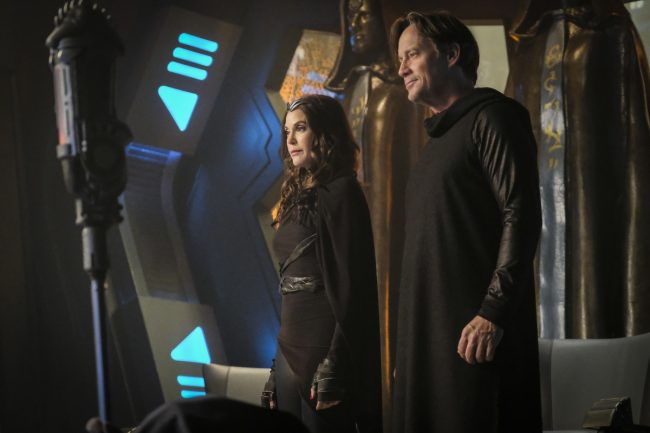 However, there was plenty to enjoy about “Star-Crossed” (and I’m sure there are plenty of you who disagree with me and think Kara did the right thing). One of the best things was Teri Hatcher’s performance as Rhea. Hatcher took someone that could have easily been a caricature of a villain and made her feel familiar and grounded. I’ve met people like Rhea, people who genuinely believe they have other people’s best interests at heart despite profiting from their suffering. She was frightening, because she felt so real.

Shout-out to Sorbo and his performance, too, although he had less to do, and kudos to the writers on creating a very specific and difficult dynamic between Mon-El and his parents. I kept waiting for the show to do that thing where the parents end up being really evil and kidnap him to “live his destiny.” Instead, they let him come and go and make his own decision, and when he leaves their ship, they let him go. I’m so glad they didn’t do the cliche thing, and instead just had Rhea and Lar Gand be two people who genuinely just want their son back and to rebuild their home. Granted, their home had problems, but their goals are extremely relateable.

I thought it was a wasted opportunity to not explore Mon-El’s “second chance” with more than a passing remark from Supergirl. What would’ve made sense to me is if the reason why Kara got angry at Mon-El was because he has his parents back and doesn’t want to be with them, while she will never have that opportunity with her own family. That, to me, should’ve been the episode.

Clearly, I had some opinions about “Star-Crossed,” as this is the longest review section on one of these I’ve ever done! That, to me, signals an episode worth watching. It had its flaws, but ultimately I believe this episode will likely spark conversations among those who watch it on interesting topics like truth, ethics, trust, and forgiveness. Interesting stuff, yo.

Still, I’m excited to see what the Music Meister has in store for The Flash, as well as what sweet-sweet musical numbers we’re gonna hear! And yes, I will be doing a recap of tomorrow’s episode of The Flash. So make sure you do all the talking you want in the comments below about “Star-Crossed” today, because tomorrow there’ll be an all-new recap that will necessitate your comments.