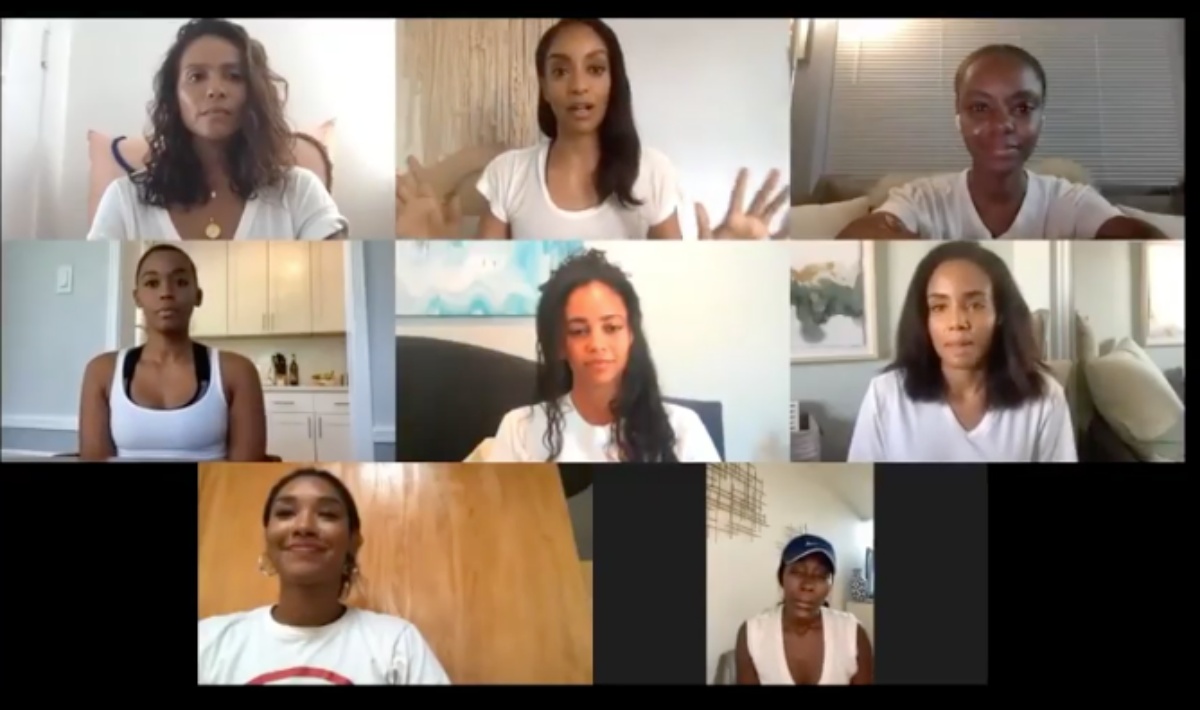 The murder of Ahmaud Arbery has been a very deeply saddening moment for a lot of Black people in the media, and it was followed up by the news about the shooting death of Breonna Taylor. Still, the Black female leads of DC and the Riverdale world took to Instagram to speak to their audience about the death and their exhaustion, and put out a call to action to their fanbase.

Me and these ladies talk often together about our experiences being in the DCTV world and our experiences with racism and injustice. We wanted to honor Ahmaud today on his birthday and speak about why his death impacts us all so deeply and encourage others to speak out for him and to run for Ahmaud on his birthday. Happy to share our thoughts with you. ❤️ To all these ladies, thank you constantly for your support! #ahmaudarbery. @meagantandy @azietesfai @lesleyannbrandt @the_annadiop @nafessawilliams @vanessamorgan @iamamurray

I got to speak to Azie Tesfai, who plays Kelly on Supergirl, about this moment, which came up organically, as all of these woman are close not only because they share a network, but because they’ve also shared the experience of being exposed to the racism that fans have turned in their direction.

“I don’t think it’s a secret that most of the Black actresses in the DC world have faced racism,” Tesfai said. She mentioned the grace that The Flash’s Candice Patton has shown in this experience, as the first of the Arrowverse to really take on that kind of racism. Not only was this a way of showing solidarity with Arbery, but highlighting the solidarity between these women.

“I never expected to have this sisterhood of black actresses who are so scarcely protective of one another and can show up for one another,” Tesfai shared. “All of us have kind of cried on the phone with each other at one point or another, and the amount of vulnerability that has been created has been something that I feel so fortunate to have. And it is incredible that all of these black women in the DC world are all so kind and generous and strong.”

That kindness came through powerfully after Arbery’s death.

“Someone passes away in the most vile, violent way and everyone’s horrified, and then within a couple weeks, people kind of move on,” Tesfai said. “There sadly feels like there is a defensive, you know, people are becoming desensitized to the murder rate of black men and women in this country, which is horrifying.”

This Zoom between them all, shared with an audience, was a way of expressing that they are on shows that believe in hope and equality, and they were going to express that together for their audience to see.

As someone who is a Black woman in the space, I was especially grateful to see this kind of camaraderie from this group of women. All of them have had to be much stronger than they should in the face of racist fans, with Candice Patton especially leading that fight. It shouldn’t have been a fight they had to deal with, but they have. That makes this action even braver, because in spite of all of that, they are still speaking out as Black women.

Racism in fandom is often dismissed as just part of the darker side of fandom that is louder than it is widespread, but I think that ignores the intensity of it towards the targets of that racism. Titans’ Anna Diop is still being called a monkey. Candice Patton is still being called racial slurs in her DMs. The mentality that allows strangers to make racist threats and assumptions, and to display them proudly without fear of repercussions, is not divorced from the actions of those who decided to murder Ahmaud Arbery. It is based on the same ideology that Black people are subhuman, that we don’t have feelings, and that our lives, our feelings, and our emotional health do not matter.

I commend the Black women of the Arrowverse (featuring Riverdale) for speaking out about these issues, but it should not be up to just them and the other Black people in these mostly white spaces. White and non-Black allies, it’s time to do your part and be loud, too.