So Suddenly the Super Bowl Is Fine With Nipples Now? 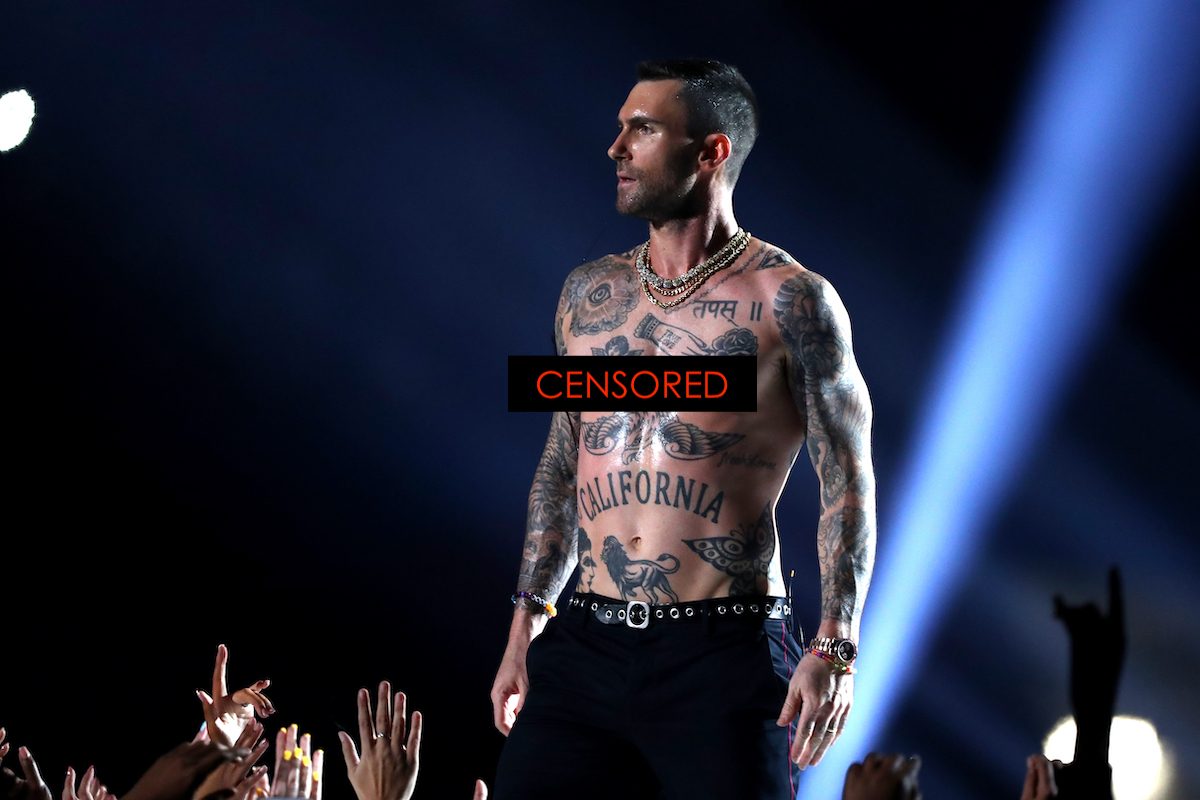 If you watched last night’s Super Bowl halftime show, there’s a good chance you’ve already forgotten it happened. The near-universal consensus around the performance by Maroon 5 was that it was … a thing that happened. And that’s pretty much it. Which, honestly, fit right in with the rest of the game.

Maroon 5’s performance was pretty bland and totally forgettable. That almost seems like a deliberate choice, given the chaotic lead-up to the event. Rihanna was said to have been the NFL’s first choice to headline the halftime show, but she refused, reportedly citing the organization’s treatment of Colin Kaepernick and the NFL’s lack of support for other protesting players as her reason.

Once Maroon 5 signed on, a number of artists, specifically artists of color, reportedly turned down offers from the NFL to appear as the featured guest, including Mary J. Blige, Usher, Lauryn Hill, Outkast’s André Benjamin, Nicki Minaj, and Cardi B.

So we were left with Maroon 5 (and guests Travis Scott and Big Boi) and a show that was devoid not just of politics, but anything to make it stand out at all. The most interesting part of the performance ended up being Adam Levine’s shirt, which resembled a lot of people’s couch cushions—

wow the highlight of Adam Levine’s performance was definitely that his shirt looked exactly like pillows that an alarming amount of people happen to have from Target #SuperBowl pic.twitter.com/UL8WjdpJaY

—and Adam Levine’s many tattoos.

Adam Levine looks like Memento if all he has to know about himself is that he’s a douche. pic.twitter.com/hXrKAydtpX

Adam Levine’s tattoos look like he just goes to a tattoo parlor and says “One tattoo please.” pic.twitter.com/yLY5kPM5fk

When the tattoo shop unlocks in GTA. pic.twitter.com/vVrKXa9TH3

But when Levine took off his upholstery shirt, it wasn’t just his tattoos that people took notice of. A whole lot of people immediately flashed back to the last time we saw a nipple at the Super Bowl and noted the incredible difference in the presentation and reception of those nipples.

Why is it okay to see Adam Levine’a boobs and not Janet Jackson’s?

Asking for a friend.

This country should have a serious chat about why Adam Levine’s nipples are, uh, apparently “acceptable” on TV but Janet Jackson was shamed and blacklisted for something she didn’t even do.#SuperBowl

In 2004, “Nipplegate” overshadowed the rest of the Super Bowl and dominated public discussion after Justin Timberlake revealed his co-performer Janet Jackson’s breast onstage. Timberlake was reportedly supposed to have ripped off a part of Jackson’s costume on the lyric “Have you naked by the end of this song” and reveal her bra. But the “wardrobe malfunction” left her breast exposed instead, for a whole 9/16th of a second.

As a result, Jackson was essentially blacklisted by Viacom, the parent company of MTV, who produced the halftime show. It’s only recently been revealed that Les Moonves, the CEO of CBS—the network that broadcast the Super Bowl—who has been accused of decades of harassment, discrimination, and sexual misconduct against women, was reportedly obsessed with ruining Jackson’s career.

Timberlake, on the other hand, saw no consequences, despite being the person who exposed Jackson’s body. He wasn’t punished by MTV or Viacom or CBS or the NFL, even being invited back to the halftime show last year.

And now we have Adam Levine, removing his own shirt to show the world two nipples, and we’re not supposed to see the hypocrisy?

The difference, of course, is that women’s nipples have long been declared to be inherently sexual, an idea that many are pushing back against. Women’s bodies are seen as obscene and shameful, something that the public eye needs to be protected from. Women’s nipples are banned from Instagram (not to mention Tumblr’s bizarre “female-presenting nipple” ban). Women still get shamed for breastfeeding in public.

The idea that women’s torsos are innately more sexual than men’s and therefore requiring censorship (and punishment if exposed) is based on nothing but puritanical misogyny and a patriarchal need to control women’s bodies.

An important thing to remember today is how easily Janet Jackson was ruined over a single exposed titty during a performance at the height of the paparazzi arms race for non-consensual vag pictures of female celebrities.

The disparity in how we view men’s and women’s bodies is even further exaggerated in the Levine/Jackson comparison, as we’re talking about the body of a white man—which is generally viewed as a neutral, universal, faultless baseline of a body—and that of a black woman, which, when viewed through a white societal lens, is so often seen as being hypersexualized and innately scandalous or even dangerous.

I’m sorry but Adam Levine should get the same grief as Janet did for showing us his unclothed nipples; more specifically, this should prove how absurd, hypocritical, racist and sexist that puritanical hysteria over Janet’s boob really was.

America doesn’t need protecting from nipples. If the NFL or CBS is going to protect its viewers from anything, they should start with boring-ass halftime shows.