The Entertainment Flask Looks Like Your Favorite NES Cartridges, This Is Your Adulthood

Maybe our video game addiction isn't the one our parents should've been worried about? 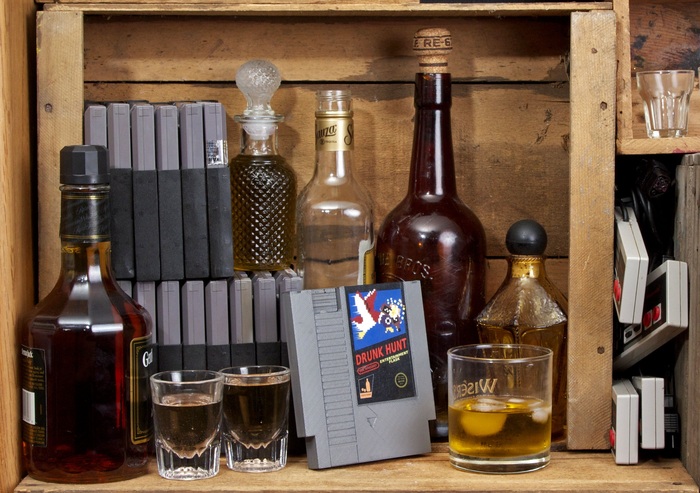 Ink Whiskey LLC has surpassed its Kickstarter goal for the Entertainment Flask, which means you’ll soon be able to carry your liquor around in a flask that looks just like an original NES cartridge. Now you can hide your real collection of booze inside a fake collection of NES cartridges with humorous, alcohol themed labels that pay homage to gaming classics.

Special attention was paid to getting the cartridges to function properly as flasks while making them look like completely innocuous retro games. It paid off, and the only slight difference you’ll notice is that the pull tab on the flasks’ caps is slightly bigger than the original cartridge grip it replaces.

With the level of accuracy on these things, you can trick people into thinking you’re some kind of geek who carries NES cartridges around instead of a drunk who carries a flask. If, like us, you’re already a geek who wouldn’t surprise anyone by carrying around NES games, you’re in the clear! If you’re as excited about this as we are, you can still donate and score copies of “Drunk Hunt,” “Castlevodka,” “Metal Beer,” and more.

This is just what the Dr. Mario ordered, and we really want to collect them all like little alcohol-laden Pokémon. We’re doing this whole “adulthood” thing correctly, yes?

(via Ink Whiskey LLC on Kickstarter)