Conversely, there must be somebody doing yoga on a mat made from bread. 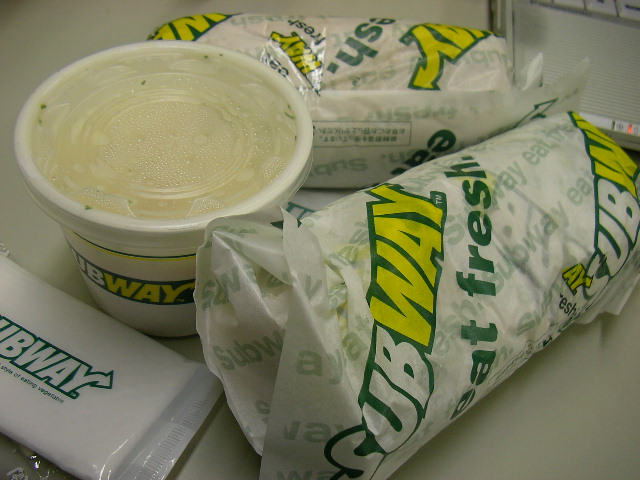 The most defining characteristic of a Subway sandwich shop, as comedians have so often pointed out, is the weird non-bready bread smell that infects everything in a 30 yard radius. That might not be going away yet, but hopefully it’ll stop smelling as inedible as it does now, because Subway is getting rid of the azodicarbonamide in its bread.

What’s azodicarbonamide, you ask? It’s a chemical that, in addition to previously being used as a bleaching agent in Subway breads, is also used to make yoga mats and shoe rubber. Mm, delicious!

The quest to remove the yoga mats from our bread was first organized by food blogger Vani Hari of Foodbabe.com, who began an online petition to protest the use of the chemical after noting that not only is it not eating fresh, but it’s also not used in Subay’s products abroad in the EU, UK, and Australia. Right, next you’re going to be telling me that other countries use real sugar in Coke products while all we get is chemical– oh, wait. They absolutely do that.

As Hari notes, this doesn’t mean we’ll all be safe from ingesting azodicarbonamide from here on out, as it’s frequently use in the production of other foods. The reason Hari chose Subway as her first target is because of the “healthy” image they’ve used to market their sandwiches for the last couple of years. And it worked, as Subway has officially stated that it’s in the process of removing the material from their bread entirely.

We’ll have more details from Subway when they are made available.