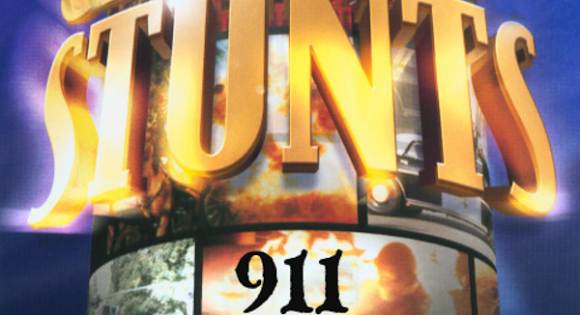 Kick-Ass 2 may be about normal people becoming superheroes, but the idea was taken to a whole new level at San Diego Comic-Con last Friday. A planned stunt to promote Kick-Ass 2 during a San Diego Comic-Con related party turned into a real-life emergency situation when the hired stuntmen (from the aptly named Stunts 911) were preparing to light one of their number on fire in promotion of the new film, but witnessed a women in a nearby building preparing to jump from her balcony.

Abandoning the fire stunt, Gregg Sergeant, Scott Schecter, and Amus Carver headed towards the building’s locked security office, and then quickly changed tactics, jumping over the building’s fence and receiving help from security guards in the building to reach the woman. The three stunt men rushed through the unlocked door of the apartment and successfully snuck out onto the balcony. Once outside, they wasted no time in attaching a harness to the woman’s torso and in pulling her over the balcony railing and away from harm, to cheers from onlookers below.

According to Sergeant, a professional stunt coordinator, the woman “seemed like she was very drunk. She was crying and hysterical.” Fortunately, the Stunts 911 employees not only had a harness for the fire-filled Kick-Ass 2 stunt, set 30 feet in the air, but had experience with such dangerous situations. Police Lt. Kevin Mayer, of the San Diego Police Department talked to the San Diego Union Tribune about the dangers of the situation, highlighting that had the rescuers not been stuntman, the close call could have ended differently.

They were the perfect guys to be there at that time…It was very dangerous. I’ve seen attempted suicides when someone grabs them and is pulled over.

Police arrived soon after the stuntmen took action, and no one was hurt in the incident. When asked if he and his colleagues felt like real life superheroes, along the lines of the vigilante superheroes in Kick-Ass, Sergeant simply replied that such dangerous situations are part of the everyday job of a stuntman, and that,

The woman in question, who has remained nameless, has been hospitalized, and none of the stuntmen or spectators were hurt. Fans expecting to see the Kick-Ass 2 stunt quickly went from believing the woman on the balcony was part of the event to urging her not to jump from the 14 story high ledge, and some recorded the event, which can be seen at Yahoo! Movies.