DC Has No Idea What We Love About Wonder Woman, Introduces New Comic Arc About Diana’s Brother

No one wants this. 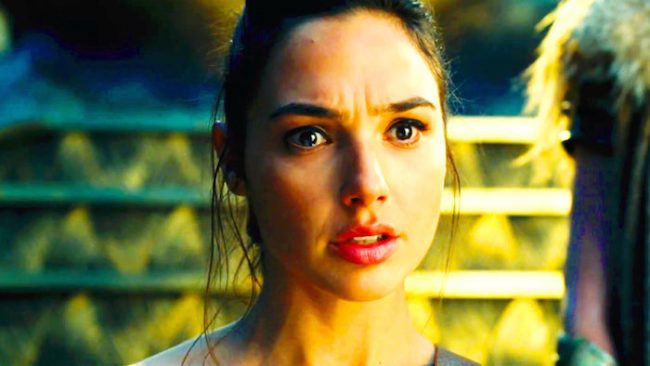 Earlier this week, Wonder Woman fans got some awesome news. Gail Simone, WW’s longest-running woman writer (and, more recently, The Mummy reviewer extraordinaire) will be returning to write a six-issue crossover series with Diana and Conan the Barbarian.

Guys, I AM SO EXCITED. We finally get to announce it, WONDER WOMAN/CONAN coming this fall! https://t.co/UTqVFA8vTr

Simone will team up with previous collaborator Aaron Lopresti to give us a crossover of what she cites as the “undisputed greatest warriors of the DCU and Robert E. Howard’s Hyborian Age” for the first time. The arc will see the thrust into captivity upon their meeting and “have to face off with a dark power trying to take both of them down.” Wonder Woman (and Conan!) fans are basically counting down the days till the book’s fall release.

And then, right on the heels of this announcement, we got more Wonder Woman news that was discernibly less exciting. Starting in September, the regular series will have a new creative team starting with an arc focusing on–wait for it–Wonder Woman’s brother.

The twice-monthly storyline will be titled “Children of the Gods.” The official description from DC (via Nerdist) reads:

“Taken away from Themyscira in the dead of night, the mysterious Jason (the only male ever born on the island) has been hidden somewhere far from the sight of gods and men…but his life and Wonder Woman’s are about to intersect in a terrifying way, bringing them face-to-face with a cosmic threat they never imagined!”

Oh, good. Because the audiences so enamored by Wonder Woman–the ones talking and tweeting about the character nonstop, buying up merch, and seeing the new movie in record-breaking numbers–they’ve all been saying the same thing, right? We can all agree on the one thing missing from her story: a central male superhero figure.

NO, JUST KIDDING, OF COURSE NOT. Please, DC, stop trying to make Wonder Woman about a man. You already changed Diana’s parentage from Aphrodite to Zeus. This, though, is too much and just plain unnecessary. The only audiences you’ll be pleasing with that are the types of cretins who think the Alamo Drafthouse is a sexist institution. Patty Jenkins’ movie proved you don’t need them.

There are plenty of fans already wishing that Conan crossover could be with Red Sonja instead, because yes, believe it or not, there is a market for women-led comics. But the vast majority I’ve seen are pumped, and they trust Gail Simone, a beloved writer with a solid history of doing right by this character, to give her the respect she deserves, even while sharing pages with Conan. Plus, it’s not like fans are opposed to seeing men in comic books. We just want to see more women.

I totally understand, but my thinking was, why SHOULD Diana only crossover with female characters? Conan is a REALLY fun foil for her. https://t.co/jzL8UbxYaw

But to give the regular series run to a male writer (James Robinson), with a story about the only man to ever be born on an island of fascinating, totally badass women? That’s something else entirely. Does DC understand anything about what this new flood of Wonder Woman fans even likes about the character? It sure doesn’t seem so.