Would You Like Some Steven Yeun in Your Legend of Korra? Because That’s Happening

Imagine how useful firebending would be against walkers. 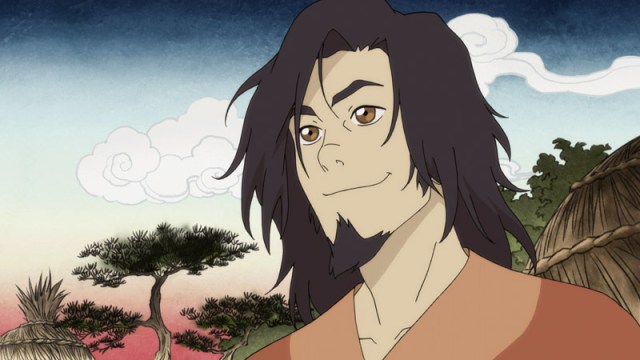 Book 2 of The Legend of Korra is shaping up to be pretty dang cool, if the casting choices are any indication. First we found out that Aubrey Plaza will basically be playing a waterbending version of herself, and now we’ve learned that Walking Dead star Steven Yeun will be making an appearance in a few episodes as the very first Avatar. Hooray!

Yeun’s character is called Wan, which I’m pretty sure is a name of Chinese origin, so my guess is that he’s a member of either the Earth Kingdom or Fire Nation. Then again, he does exist 10,000 years before Korra’s time, so maybe the tribes were all different back then. He will appear in two episodes of Book 2, “Beginnings 1 & 2,” but it’s unclear whether his story will take place in a completely separate flashback or if he’ll be guiding Korra through the Spirit World a la Roku in Avatar: The Last Airbender.

Regardless of how Wan’s story is introduced, it’s sure to be a radical departure from the typical Korra style artistically. A Nickelodeon representative told Wired, “the creative team drew inspiration from ancient and traditional East Asian ink wash paintings and woodblock prints for the environments, color palettes, and stylizations of the elements.”

As a Buffy fan I’ve been burned by “meetings between very first chosen ones and current chosen ones” before — you know I love you, Joss, but that whole Primitive First Slayer thing was kind of cringeworthy — but casting Yeun is enough to make me hopeful that the Korra writers know what they’re doing. You know, in addition to them already being pretty awesome.

More details will be announced at the Korra panel of SDCC today, which is set to begin at 11:15PST.

(via Wired, image via Nickeloden)