Steven Universe Future Spectacularly Blows Up How We Think About Stories 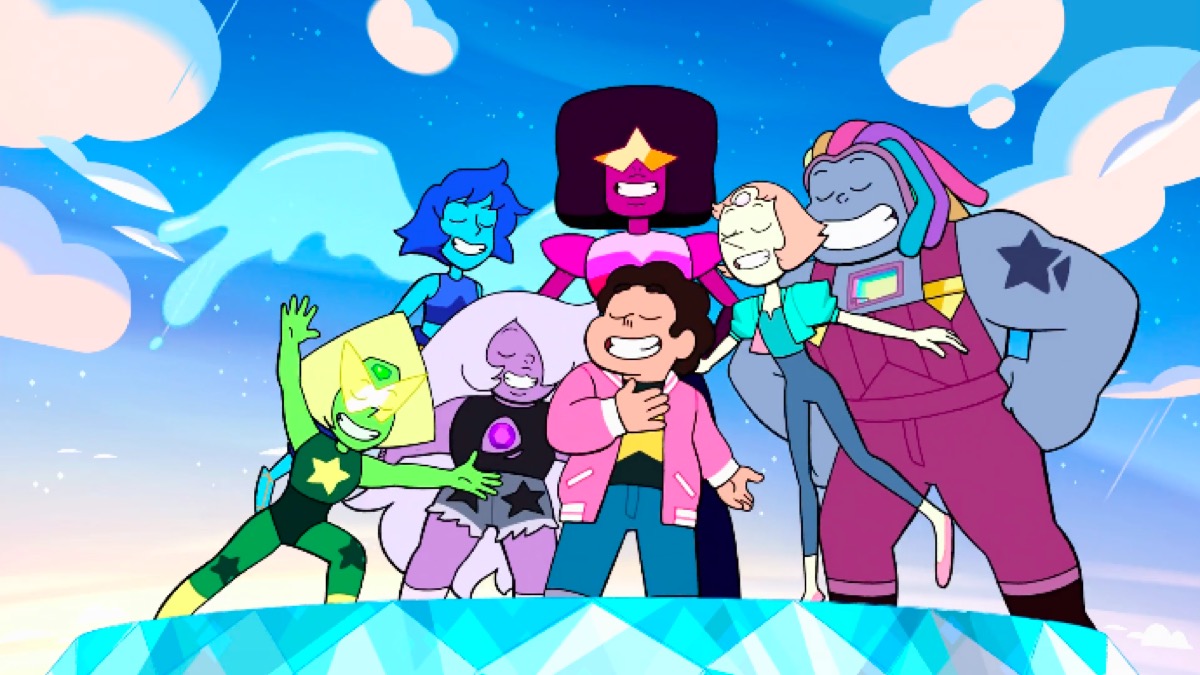 Before we can talk about what Steven Universe Future is doing so right, we have to talk about story structure and the co-creator of a much worse cartoon. Dan Harmon’s true calling seems to be as a self-confessed “corny screenwriting guru.” While I’ve found his writing about structure to be useful in both my own stories and in giving writing workshops, he’s focused entirely on one kind of story.

The thing that should make you suspicious of Harmon (apart from the sexual harassment) is that he claims there is, in the whole world, only one possible kind of story: a circle. He asserts that the circular story structure is “hardwired into your nervous system… In a vacuum, raised by wolves, your stories would follow this pattern.” This is a gonzo claim.

Bear with me if you’ve heard of the Harmon Circle before.

Here is the first episode of Steven Universe, straight from the wiki for Harmon’s Channel 101, simplified for brevity: 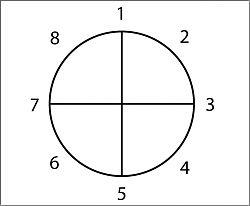 We meet Steven (1) who feels insecure (2). He doesn’t know how to make his magic powers work (3) so he tries out a bunch of different methods (4). But none of them work (5). Suddenly, a big monster from earlier attacks! Steven still can’t use his magic. It seems that all is lost (6)! But then Steven finds another way to neutralise the monster without magic (7). All is well – and Steven learns that he can still help his friends “in his own Steven-y way” (8).

So, points one and two are where we meet the hero in their normal life, but something needs to change. 3 is the crossing of a boundary into a “special world,” i.e. where the plot gets going properly. 4 is where they undergo a series of trials in pursuit of their goal. 5 is a “midpoint,” often a false victory or false defeat. 6 is the part where all seems lost. 7 is where they go back to the “normal world” for 8, the final showdown and resolution.

Got that? Good! You now know how to write every story. Go write a professional screenplay and, when you make your first million, say thank you to Dan Harmon and give him a little kiss.

I’m being a little harsh here. The story Harmon has identified is a good one, and I did it a disservice by slamming it into one short paragraph. All the same, you’re probably (I hope) wondering how he could be so audacious as to suggest that this is literally the only story that exists.

The answer lies in the work of Joseph Campbell, an ill-begotten combination of impenetrable academia and being wrong about everything. Campbell is essentially the original creator of the Harmon Circle. In his study of mostly European myths, he believed he had identified a circular structure, common to all stories, that establishes a universal vision of human greatness. He called this the Hero’s Journey—you may have heard of it. It’s a structure that was popularized by George Lucas when he used it as the blueprint for Star Wars, ruining cinema forever.

The show’s overall story works out like this: Steven (1) is childish, immature, and struggles to keep up with his superpowered moms (2). Aliens attack (3)! Steven fends them off and defends Earth from a series of potential apocalypses (4). Once Earth is saved, Steven has the opportunity to call it a day but chooses to challenge the Gem Homeworld (5). There are serious consequences to this and there’s a huge battle (6). Eventually, he reforms the Diamonds and returns home (7) where he and his friends set up a new, happier state of balance (8).

In “Change Your Mind,” when Steven saved the day and sang a reprise of the theme song, a lot of people rightly said that it felt like an ending. Those with their ear to the ground knew that more Steven Universe was on the way, but everyone struggled to imagine what that could be. A popular theory was that it would be a Ben 10-style sequel series—another spin of the Hero’s Journey wheel.

This is why the show is called Steven Universe Future. It’s why Steven sings, “Here we are in the future,” in the movie. There’s obviously no sense in which Steven is literally in the future—as Calvin and Hobbes said, the thing about the future is that it keeps turning into the present—but it intuitively makes sense to us and doesn’t sound silly because we understand that we’re past the point where the story should have ended.

Why is Future doing this? What’s it trying to achieve? First, it’s an attack on the idea that stories can only be a circle. More than that, it throws out some of the baggage attached to the Hero’s Journey. The typical circle-story implies that the hero, by going on one adventure, solves every important problem. Every loose end in the world is tied up. Every psychological and moral issue with the hero is resolved. If this is not the case, it’s almost always regarded as a flaw in the story. To be fair, it is often a failure to pay off a setup—not in Steven Universe, though.

It turns out that when a kid spends their formative years saving the world and getting into countless life-threatening scrapes, it can mess them up a bit. Steven has spent so long trying to fix everyone that he can’t stop. Just as the Hero’s Journey expects everything to get a clean ending, Steven can’t bear the thought of an untidy resolution. It’s a classic case of the rescuer personality.

Psychology Today writes that “the Rescuer needs to be needed.” Steven says this almost word-for-word in “Prickly Pair”: “Why do I need to be needed?” What we’re seeing here isn’t just a structural game for the fun of it. Critiquing the Hero’s Journey is a great, creative way to show the Rescuer personality. We share Steven’s frustration with the idea that not everything is tidied away in a neat box. 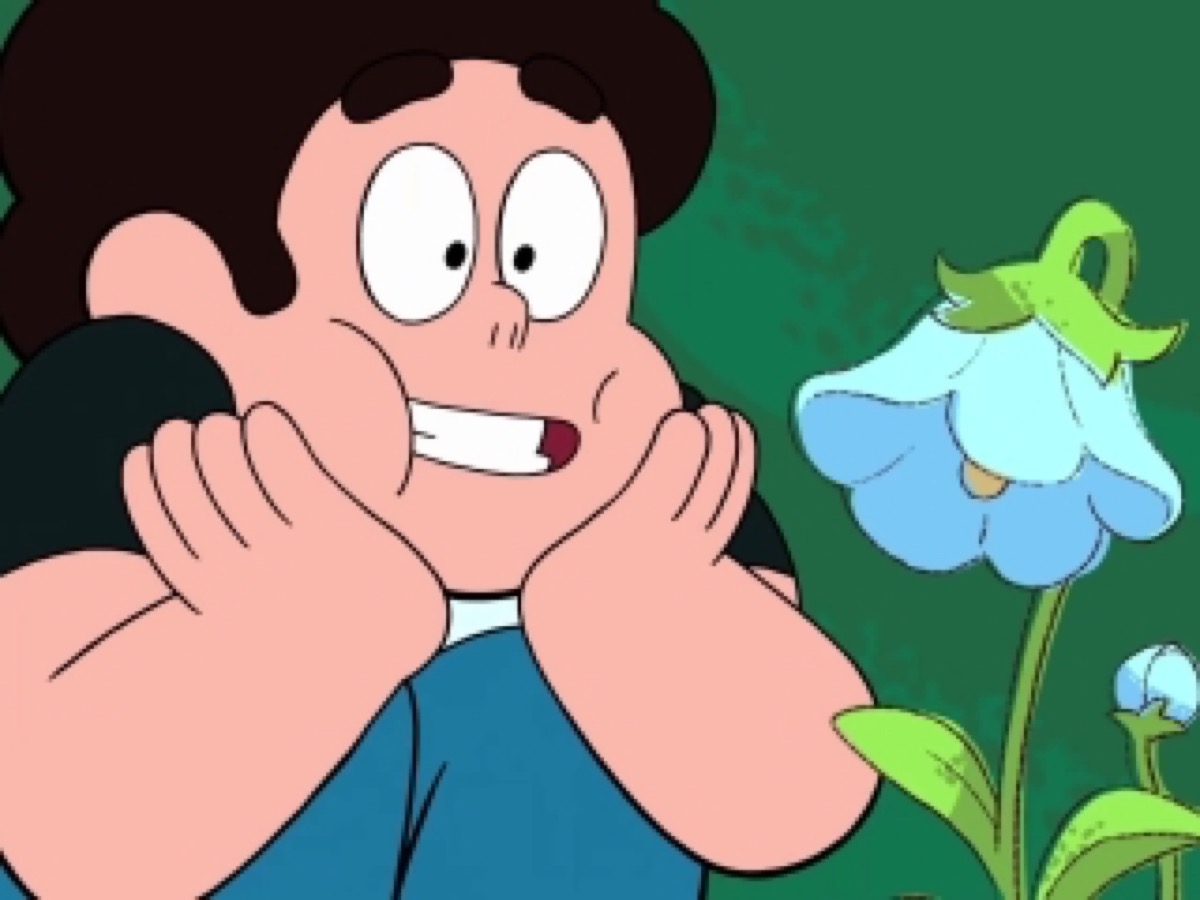 I mentioned Steven’s outburst in “Prickly Pair.” In that episode, Steven takes up gardening and names all his plants after his friends. It’s clear that he enjoys gardening because the plants, unlike his friends, need him. This comes after his work setting up Little Homeschool, a school for gems to adjust to the new status quo. When time comes for graduation, Steven finds himself despondent rather than proud of the graduates—they don’t depend on him anymore. When he sees that Lars and Sadie are drifting in different directions, he tries to “fix” them and make them a couple, with humiliating results.

Steven is stretching himself too thin and letting others take up too much of his time. As Sunstone declares to the camera, “It’s cool to want to help people, but it’s also cool to just say you’re too busy.” The extremely online among you may be reminded of a controversial Twitter thread from a few months ago.

Steven’s bad habits come up against a brick wall: not everyone wants to be rescued. In the first episode, he tries to enroll old enemy Jasper into Little Homeschool, to no avail. Initially, it seems like the episode will be about Jasper coming around. Instead, it’s about Steven realizing not everyone will change their worldview.

The same is true of Aquamarine and Eyeball. Though they’re essentially punch-clock villains that pose no real threat, Steven is still distressed that they won’t turn good. A similar situation plays out when we meet a couple of Lapis Lazulis who terraform planets. When Steven makes his appeal to them, one enrolls in Little Homeschool, but the other doesn’t. This is the sort of nuanced approach to redemption stories that Steven Universe honestly could have done with a little earlier.

The most dangling of all these loose threads is Rose’s legacy. Steven’s mother essentially has a redemption arc in reverse. Like an evil River Song, we start at the end of Rose’s story and work backwards, more and more being gradually revealed about her mysterious past. io9′s Charles Pulliam-Moore is on the button when he writes that Pink Diamond was the villain of the decade. “Change Your Mind” is a big breakthrough for Steven, but the discovery of other Rose Quartzes in “Rose Buds” shows that he and the other Crystal Gems are deeply, incredibly not over it, and “Volleyball” goes even further, revealing one more terrible act of evil violence that Rose committed.

Of course, there are limits to how the show approaches this. Avid Mary Sue readers will know that the ever-essential Shiri Eisner wrote about how the show skipped over the whole process of decolonization. Once the Diamonds decided to stop being mean, all the planets they colonised could simply … relax and be happy, apparently.

Initially, I forgave the decision to skip over decolonization. After “Change Your Mind” fumbled the Diamonds’ redemption, I was relieved to see The Movie return to character drama with less political baggage. Now that I’ve seen the ambition of Future, especially with how it depicts Homeworld characters like Jasper, I share Eisner’s frustration.

Despite the missed opportunity, this is a compelling epilogue and a much more interesting ending for the franchise than a montage of planets celebrating and setting off fireworks, Star Wars-style. Future comes highly recommended.

And remember: If anyone ever tells you that there’s only one kind of story, they’re probably trying to sell you something.